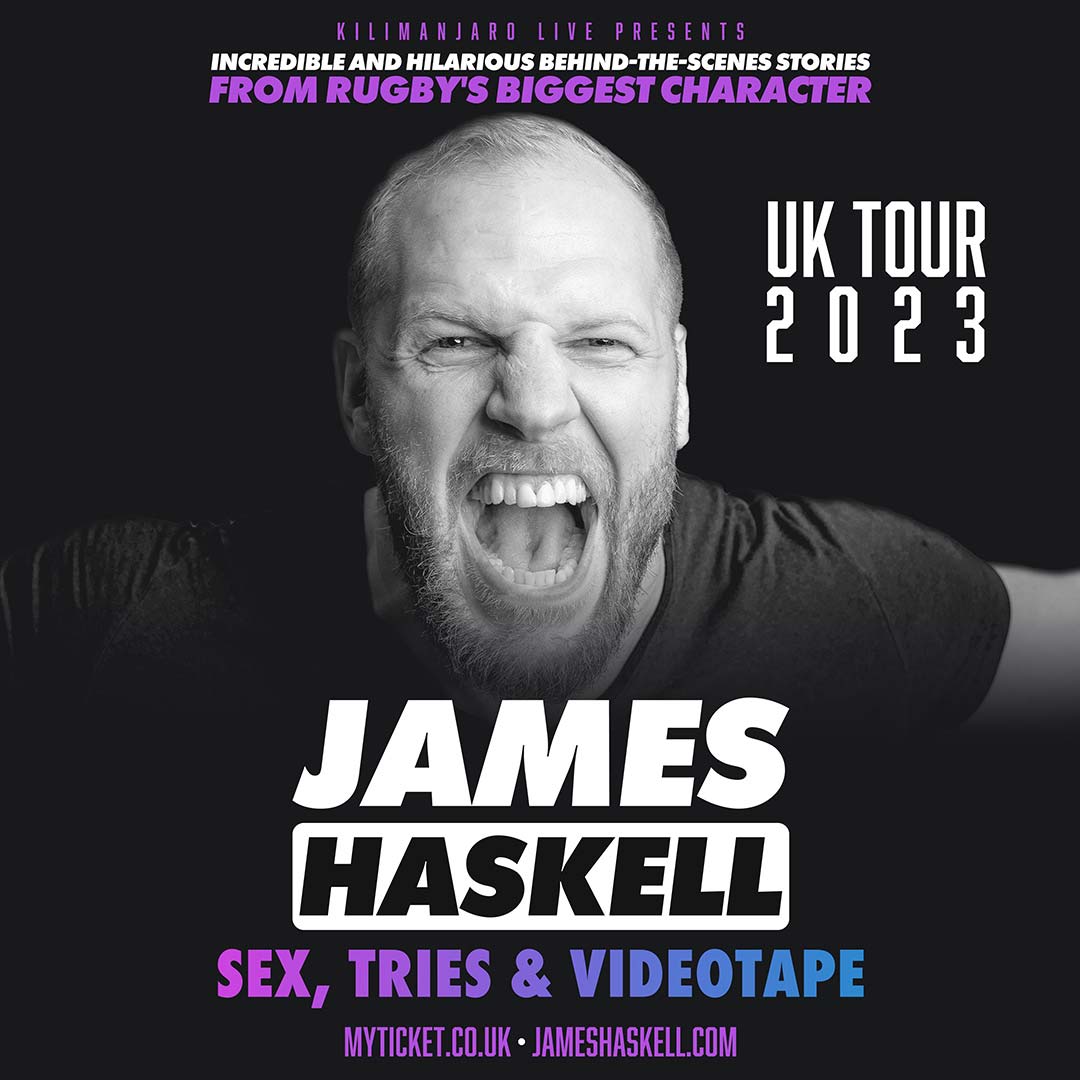 James Haskell the #1 podcaster with The Good, the Bad and the Rugby, author of Sunday Times Bestselling book “What A Flanker”, smash-hit follow up “Ruck me” and host of Amuse Douche is back on the road once again with his new stage show – “Sex, Tries and Videotape”.

This show charts James’ journey from his early days as mischievous schoolboy, through his time as a professional rugby player, having played around the world including at Wasps, Northampton, Stade Francais, The Ricoh Black Rams, and The Highlanders. There is no other player out there with more stories to tell than James.

Looking ahead to the tour, James says “I couldn’t be more excited to be going on the road, getting a chance to perform and share my stories from my career. Hopefully I’ll make some people laugh along the way!”.

One of rugby’s most ferocious flankers and biggest characters; James Haskell has had an extraordinary, truly global career and has boatloads to say about rugby life. Having played 77 times for England James lifts the lid on the life the fans don’t get to see.

“Sex, Tries and Videotape” sheds fresh light on the dynamics and day-to-day experiences of the game. Whether that’s James’ recalling the most brutal team socials, dispelling the myths surrounding New Zealand’s dominance, calling out play-acting in the modern game, unconscionable antics of the professional rugby player, to life in the jungle with “I’m a Celebrity, Get me Out of Here” ...no subject is off limits.