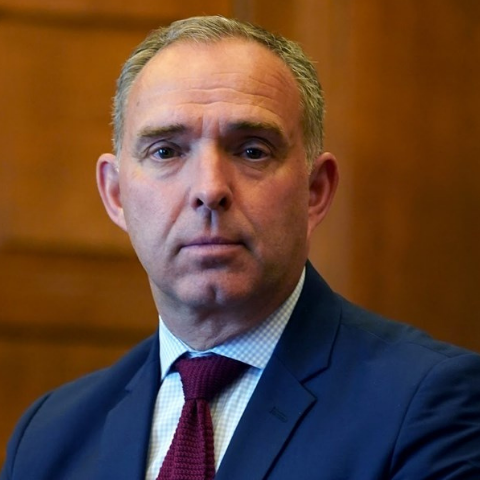 The Trustees of the Lord Caradon Lectures Trust are delighted to announce that the 2022 Caradon Lecture is rescheduled to take place on Monday 27 February at 7pm in the Quad Theatre. The speaker will be Baron Sedwill of Sherborne KCMG FRGS.

The Trustees of the Lord Caradon Lectures Trust are delighted to announce that the 2022 Caradon Lecture is rescheduled to place on Monday 27 February at 7pm in the Quad Theatre. The speaker will be Mark Sedwill, Baron Sedwill of Sherborne KCMG FRGS.

Mark Sedwill, Baron Sedwill of Sherborne KCMG FRGS, is Chairman of the Atlantic Future Forum and a cross-bench member of the House of Lords. He recently chaired a G7 Panel on Global Economic Resilience. He is a member of Rothschild & Co's Supervisory Board and Senior Independent Director of Lloyd's of London.

Lord Sedwill was Cabinet Secretary & Head of the Civil Service (2018-20), National Security Adviser (2017-20), Permanent Secretary at the Home Office (2013-17), and British Ambassador and NATO Representative in Afghanistan (2009-11). Before that he had a diplomatic and security career serving in Egypt, Syria, Jordan, Cyprus and Pakistan.

Educated at St Andrews and Oxford Universities, Lord Sedwill is a Fellow of the Royal Geographical Society and of the Institute of Directors, an Honorary Fellow of Oxford University and of St Edmund Hall, Oxford, and a Distinguished Fellow of RUSI. He is President of the Special Forces Club, a member of the IISS Advisory Council, the RNLI Council and the HALO Trust board, an Honorary Colonel in the Royal Marines and an Honorary Bencher of Middle Temple. He is also the recipient of several awards and honours for national and international public serviceLord Sedwill was Cabinet Secretary

About the Lord Caradon Trust

The Lord Caradon Lectures Trust was established to commemorate the life and work of Hugh Mackintosh Foot, Lord Caradon (1907-1990).

The Trust exists to recognise Lord Caradon’s long and devoted service to the ideals of the United Nations and his work for the United Kingdom’s contribution to those concepts. It aims to extend understanding of international affairs and tolerance of other ideologies, races and religions, primarily through the series of annual lectures. The lectures are always on a theme of international significance related to Lord Caradon’s life and work.

The Trust depends entirely on public voluntary contributions and gratefully acknowledges the continuing assistance provided by the Plymouth Marjon University.