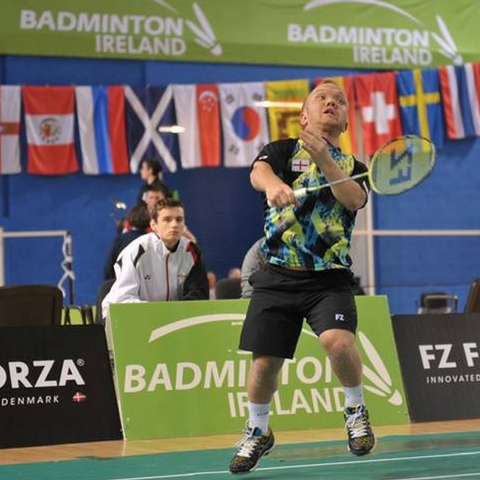 Krysten Coombs is world number one in both the SS6 men's singles and SS6 men's doubles para badminton, after winning the prestigious FZ Forza Irish International tournament. Krysten, a former FdA Sports Development & Coaching student at Marjon said: “It’s amazing! So pleased, all the hard work has paid off over the last year.”

Krysten is currently in the GB Para Badminton club, he trains four or five times per week and plays at Westfield Junior Badminton club. When speaking of his time at Marjon he said: “It really helped with my badminton, we had a great badminton club and had great time playing in the BUCS league. I gained some great experience and opportunities.”

As well as his badminton success, Krysten is a successful actor having appeared in the film Get Santa and in an episode of the very popular series ‘Game of Thrones’.