Students past and present from Plymouth Marjon University's ‘Actor’s Wheel’ theatre company will taking to the stage later this Summer to perform in the Barbican Theatre’s fourth outdoor ‘Bard in the Yard’ production, Macbeth.

Current third year student, Danny Lane, John James McColl and Abigail Cowan who both graduated in 2016, will be hubbling and bubbling and toiling and troubling as the three witches in the bloody  ‘Scottish play’.

The performance of Macbeth will take place in the beautiful setting of the Royal William Yard, adjacent to Plymouth’s historic waterfront, from 31st July to 11th August and tickets are already on sale. This is a highly visual, energised and accessible re-telling of the classic Shakespeare play, using the extraordinary skills of local professional actors and emerging artists.

Set in a war torn country Macbeth is a powerful metaphor for our times. This is a breath-taking and bloody story of ambition, treachery, power and guilt – not to be missed. 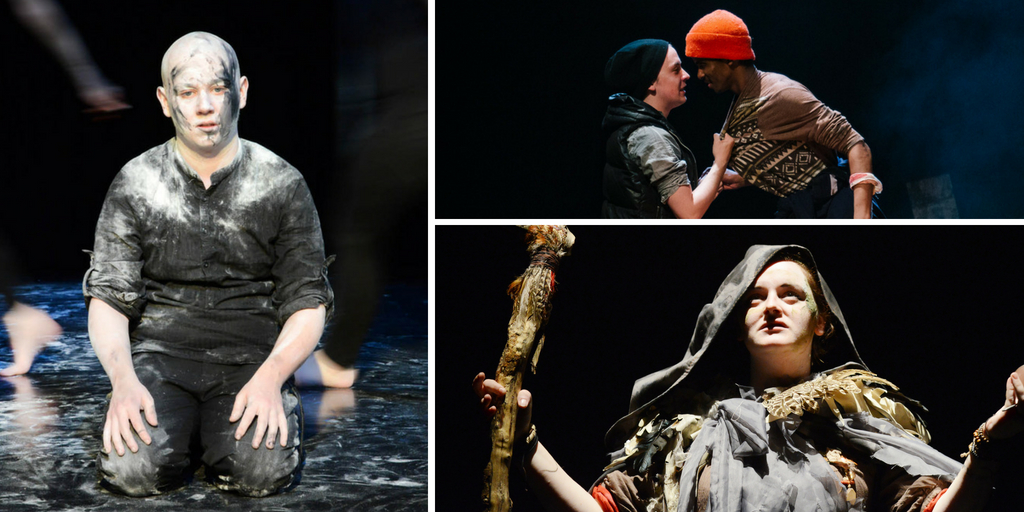 Back to Marjon News