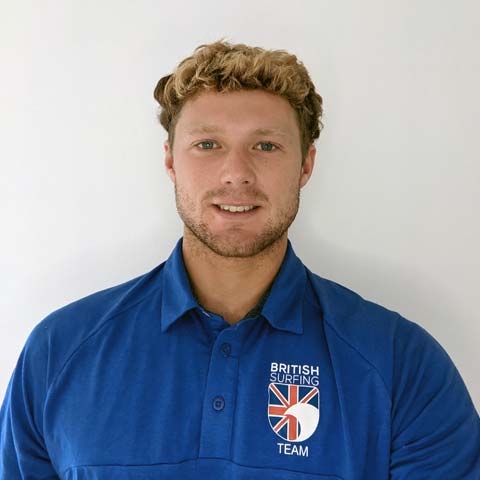 Angus began surfing professionally at the age of 15, since then he has competed all over the globe, surfing for team GB and in the World Qualifying Series. The BEd Physical Education student is a 6 X UK pro surf tour champion and 5th in Europe.

During Angus’ youth, he received regular world-class, high-performance coaching. Angus shared what he had learned with younger athletes in his hometown, giving them the same opportunities to progress their performance for a small fee. Eventually, first year student Angus, was asked to coach for clients around the world. Including Fiji and the Maldives.

When talking about coaching the team, Angus said: “I have always maintained a good relationship with surfing England since competing for them in my youth career.

“When the opportunity came up to coach the team at the ISA world games, I thought of it as a great chance to share my knowledge with the athletes. I know the athletes very well so I could really optimise their strengths and weaknesses.”

Senior lecturer, Julie Stevens, said: “We are really proud and happy to support Angus in his role as coach to the GB surf team.

“It is an unbelievable opportunity and experience for him, and he will be able to develop those skills as he continues his training as a specialist PE teacher at Marjon.”

The ISA world surfing games has now finished. The British team were 15th in the world. The two highest placing athletes on the team were only a few places away from the Olympic games.