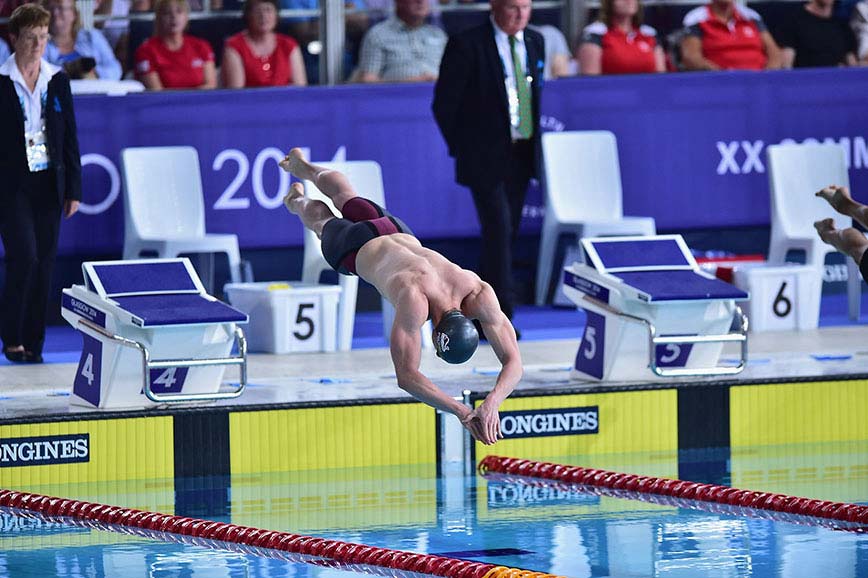 Dr Alister McCormick is a chartered sport and exercise psychologist and a lecturer in the Faculty of Sport & Health Sciences at the University of St Mark & St John (Marjon), Plymouth.

Asked about psychological techniques Marjon student Ben Proud will use to represent Team GB in the Olympics this week, he said there a number of tools he could be tapping into. These include music, process and motivational self-talk and visualisation.

He said: “Many swimmers listen to music before they compete, often to get in “the zone” for competition. Athletes listen to different types of music (e.g., rock, hip hop, classical) for different reasons. They may choose music that helps them to focus on the upcoming race, to feel confident, to become psyched up, or to distract them or calm them down. The choice of music is often very personal, based on what has the right impact for the particular person.” In an interview recently, Proud said he was a fan of folk music with John Butler Trio being one of his most recently bought and frequently played artists.

In advance of the race, Dr McCormick says Proud is likely to be focussing on three types of goals for the competition; outcome goals, performance goals and process goals: “Outcome goals relate to the outcome of the race, which are very motivating, but often not completely controllable, such as winning a medal or qualifying.

“However, performance goals relate to your own performance independent of what people in other lanes do. In Proud’s case, I’m sure he’s got a time or a range of times he’s looking to achieve.

“Process goals relate to what you’ve got to do in order to achieve your performance and outcome goals. Things like getting your technique, strategy, and psychological skills right. He may have his process goals in mind before and during the race.

“I’d also expect Ben to be using imagery throughout the Olympics, including during the wait for his races to start (seeing him with closed eyes or a fixed gaze may be a clue!). He may have worked with his coach and a sport psychologist to create an imagery script that is personal to him.

“Imagery scripts are designed to be as realistic as possible, making use of all of his senses including imagining the sound of the crowd, the smell of chlorine, the feel of his movements, the emotions he feels, and his focus of attention. He may therefore imagine (in real-time) preparing on the blocks while feeling anxious yet confident, waiting for the start buzzer, diving, and then his full performance.

Dr McCormick says the process goals are vital. “It’s important he imagines the controllable process goals; correctly executing various techniques, his race strategy, and psychological skills such as self-talk. He may also visualise successfully coping with things that could be stressful, such as a fast start by his rivals.

“Self-talk will likely be instructional and relating to how he intends to execute his technique, implement his strategy, and focus his attention on the right things (e.g., “Focus on the buzzer”, “strong kicks”). It could also include motivational phrases to keep his confidence high and to prepare mentally for offering all-out effort. He’d likely identify these statements with his coach or psychologist, but they could include, “This is what you’ve been training for”, “Today is your day”, “You’re ready and totally prepared”, “Leave nothing behind” or “My nerves are a sign that I’m ready to give my all”.

Proud swims tonight in the Men’s 50m Freestyle Heats at 17.02 with the semi-finals taking place in the early hours of Friday morning at 02.03.