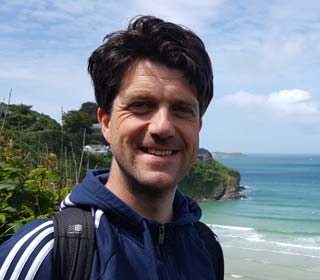 School of Sport, Health and Wellbeing

Kieron has been a qualified Osteopath for eight years having graduated from the University College of Osteopathy in 2011. Kieron has a special interest in biomechanics and the gait cycle and also working with patients with chronic pain. Having worked in several multi-disciplinary clinics across the country as well as running his own successful clinic in London, Kieron and his family decided to move down to the South West in 2017 to set up a new life and he is delighted to be a member of the Osteopathic team at Marjon.

Prior to Osteopathy, Kieron was a professional actor who has worked for the BBC, Channel 4, Thames Television and Working Title as well as creating a number of shows and performing at the Edinburgh Festival.