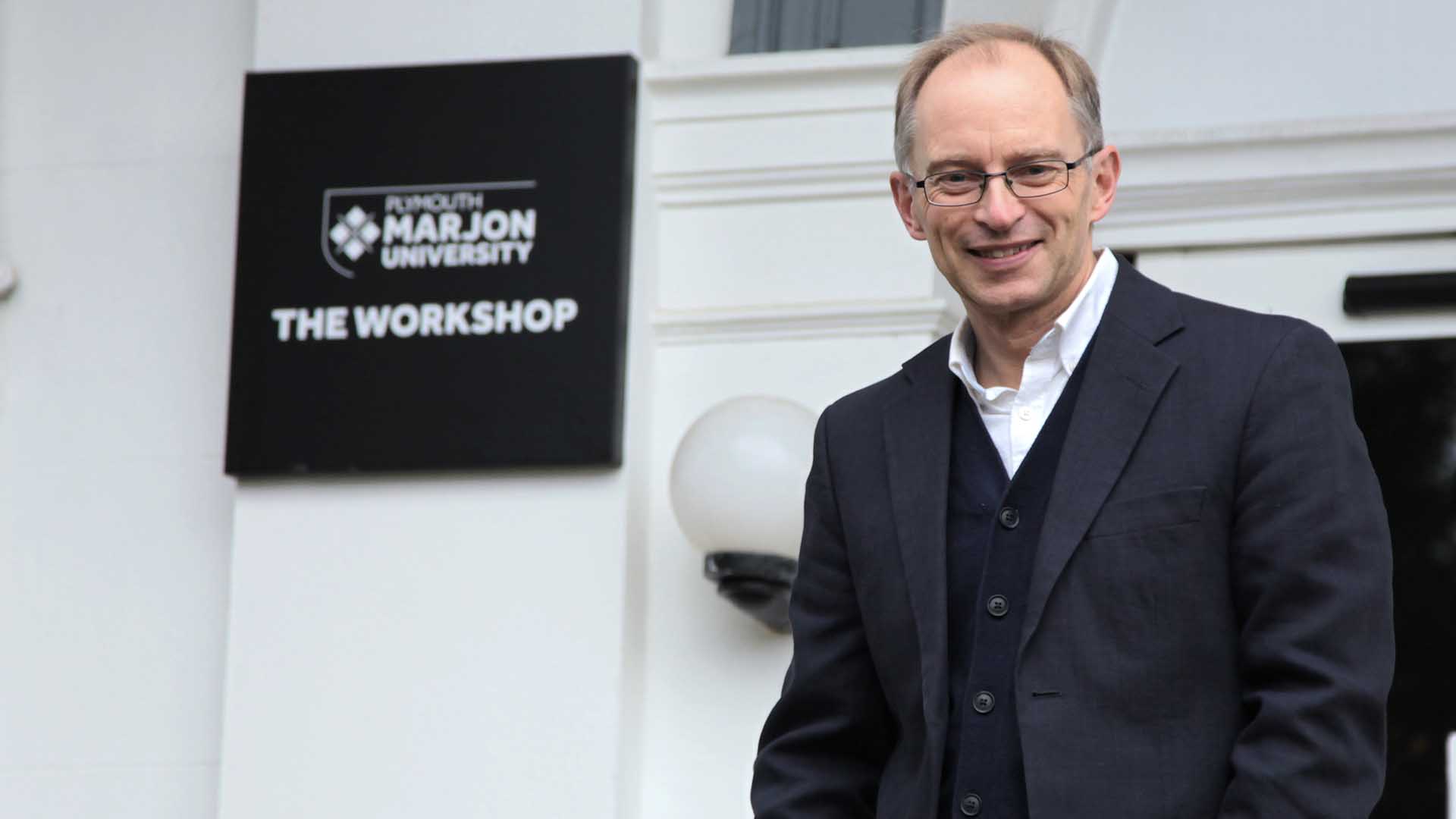 Justin Leigh may have disappeared from our TV screens since leaving BBC Spotlight in October, after almost 20 years in the hotseat, but you can still watch him live in the studio.

There’s just one catch. You might need to enrol on a Journalism degree at Plymouth Marjon University, after he announced he will be taking up a role as an associate lecturer in the new year.

Justin admits he cannot wait to start sharing the knowledge and experiences of his career at the BBC in Devon and Cornwall with the next generation.

He said: “I’m really looking forward to passing on to the students some of the skills I’ve picked up over the last 30-odd years as a television and radio broadcaster.

“I’ve done a little bit in the past on a voluntary basis, in offering advice, and to see students grow in ability just from what I’ve been able to tell them is very satisfying.

“And after a lifetime of being in front of the camera, I’m really looking forward to getting on the other side for once.”

Justin has been inundated with emails and letters from folk across the region since he left Spotlight, and admits it’s been touching to read so many kind words from those who he rarely saw, but spoke to every evening.

He said: “I’ve been overwhelmed by the cards, letters and emails from people across the South West sending me good wishes.

“It has been very humbling to read how much people valued what I did during my time on Spotlight and on Radios Devon and Cornwall.”

In his time at the BBC, Justin certainly saw his fair share of changes in both technology and programme output, but as he says, some things remain constant for journalists.

He continued: “When I started it was just television and radio. We didn’t even have the internet, so you only had a fixed bulletin time to tell the news stories.

“Now the news cycle is endless, people can be their own TV channel on their phone, streaming live to whatever platform.

“But the fundamentals of telling a story haven’t changed. You’ve still got to find the hook, the top line, and tell it in a succinct and engaging way. Also, the whole delivery of a broadcast live to a camera is a very unnatural thing.

“To stand in front of a TV camera and talk to it naturally, as if you were talking to the person at the other end like they were in the same room as you, is not an easy thing to do.

“I’m hoping that having spent the last 25 years or so doing just that every night, I can pass on some of the ways in which I was able to look beyond the camera and talk to the person at home.”

At least his journey to work will be familiar enough, given Marjon’s Journalism campus, The Workshop, is situated inside the former BBC studios in Seymour Road.

While Marjon has spent some time updating the rooms and installing the latest broadcast equipment, there is still something about the place which brings back many happy memories for Justin.

He added: “It’s really strange being back in this building, because I did so much work in here, in the TV studio when we used it, and in the radio studios.

“I did several years on the phone-in show on Radio Devon from exactly the same studios that Marjon is now using for teaching. So, it’s strange in one aspect, coming back, but also because it’s familiar it feels like home for me.

“Having this fantastic facility in what was a broadcasting environment anyway, with the BBC next door and experienced journalists and technicians right on our doorstep, and the most amazing technological setup here, this feels like an incredible advantage for Marjon students.”

Journalism programme leader at Marjon, Mike Baker, said the students are already looking forward to working alongside something of a local legend on their return to university, following a challenging start to the year.

Mike said: “We haven’t been able to spend as much time in our studios as we had wanted, thanks to Covid-19, but we have had plans all along to get everyone back inside The Workshop in the new year in a safe way.

“Getting to work alongside Justin, as well as the rest of our excellent teaching team, is going to be the icing on the cake. He spent a bit of time with them last year, which they loved, and it was clear how much broadcasting is in his blood.

“We’re all really looking forward to working together as we start planning some exciting content on our radio and TV channels. We probably won’t be recreating Spotlight, in all honesty, but I don’t think Justin will mind that too much.”

Find out more about BA(Hons) Journalism at Marjon.