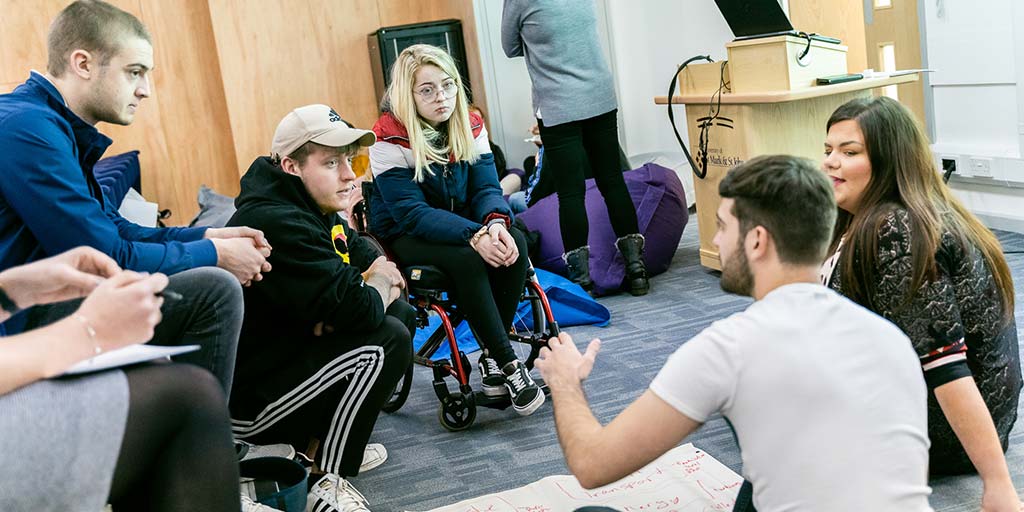 In the week commencing 18th November, a number of students and staff took part in the two-day Marjon Innovation and Creativity Challenge. This event, run by the Futures Team, challenged the students to develop proposals for how Marjon could become a ‘Net Zero’ emissions campus by 2030.

In undertaking this activity, the students were developing key graduate attributes such as problem solving, cooperation and presentation skills.

The students and staff worked in teams to develop their ideas and then presented these back to a panel of judges on the Thursday evening. The panel were impressed with the innovative range of ideas put across and remarked that every team produced ideas that the University can take forward and implement in the near future.

After considerable debate, the judges eventually decided that the team ‘MMI’, a team made up of 1st and 2nd year Business students, had won the Challenge and they were presented with the trophy. Their ideas included the development of new accommodation using eco-bricks made from plastic bottles and rubbish, as well as on-site power generation from renewable sources.

‘The student teams were brimming with innovative ideas to make a real difference. Their passion to address the climate emergency is an inspiration.’ said Professor Warner.

Terry Doyle, Careers and Enterprise Coach and the event organiser, stated: “The event was a fantastic opportunity for our students to develop their employability attributes while also helping the University think creatively about how to move towards ‘Net Zero’ emissions by 2030. We were impressed with the sheer range of innovative proposals, some of which the University hopes to implement in the coming months.”

Well done to everyone involved!

Find out about BSc (Hons) Business at Marjon