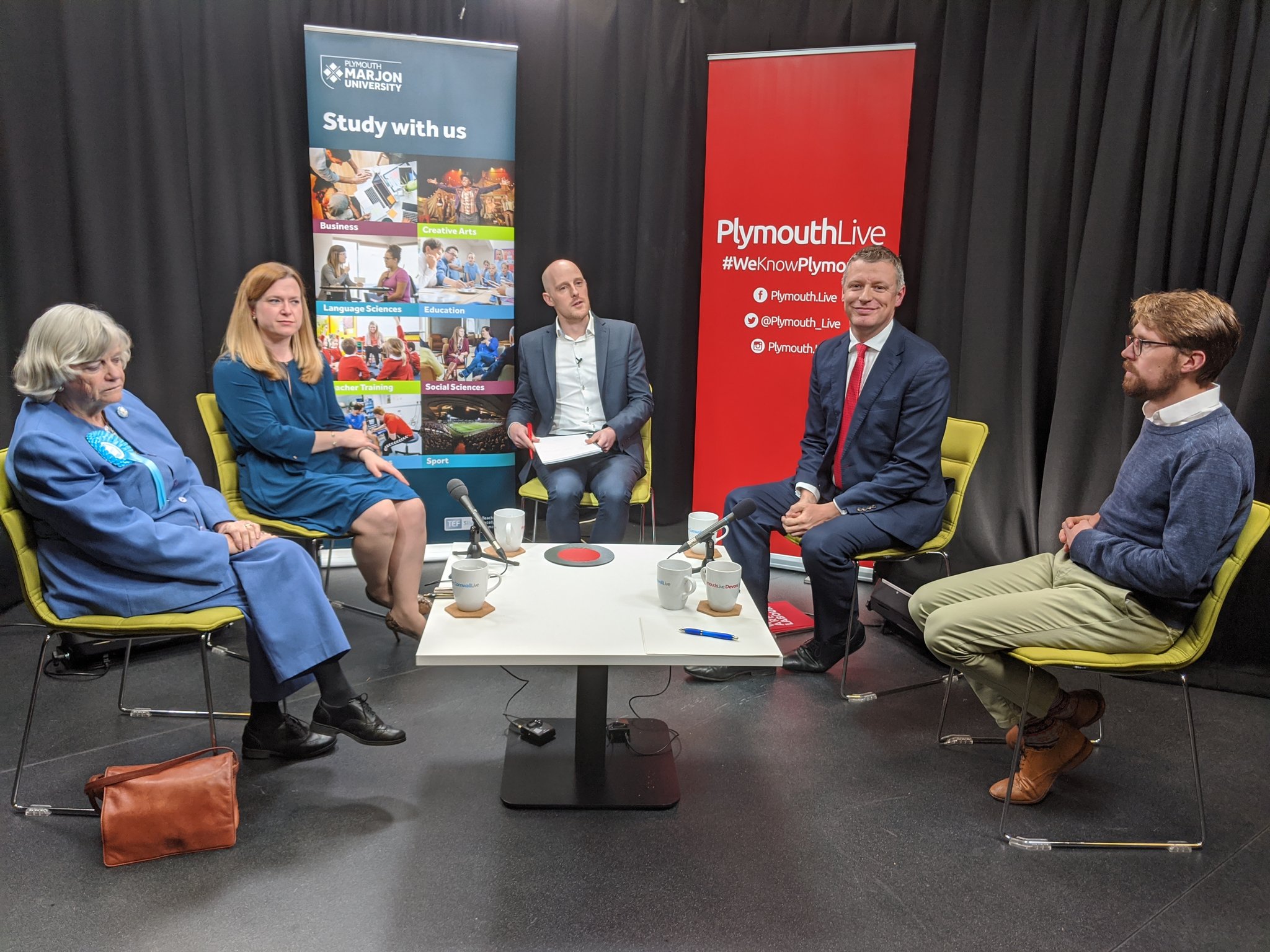 Journalism students worked with Plymouth Live in the run-up to the General Election to produce two special live broadcasts which have had over 30,000 views on Facebook.

Plymouth Live editor Edd Moore chaired the debates, which featured some fiery exchanges between all the major candidates from both the Moor View and Sutton and Devonport seats, and he was full of praise at the way the students handled the pressure.

He said: "The facilities at The Workshop are genuinely state-of-the-art; thanks to the skills the students are learning, and the set-up Marjon has, we were able to bring our audience something which is really a whole new level of live election debate for us.

“It really felt like we were working together with some of the journalists of the future, and hopefully we laid the foundation for many more projects to come.

"It offered a brilliant opportunity for the people of Plymouth to hear first-hand from the candidates they are going to vote for, and equally brilliant for two of Plymouth's great institutions to work together on something like this."

Programme leader for Journalism at Marjon, Mike Baker, felt the debates really showed off both the fantastic facilities at The Workshop and also highlighted the professionalism and skills of the students.

He said: “I think anyone watching would have been impressed by our professional standards and production values. It was live TV, so many things could have gone wrong, but our students really shone and we got through both nights without any issues.

“It was such a great way to practise the skills our students learn on the programme: from live production, to reporting during elections, and dealing with prospective MPs. We’re all very proud of them.”

Find out about BA (Hons) Journalism at Marjon