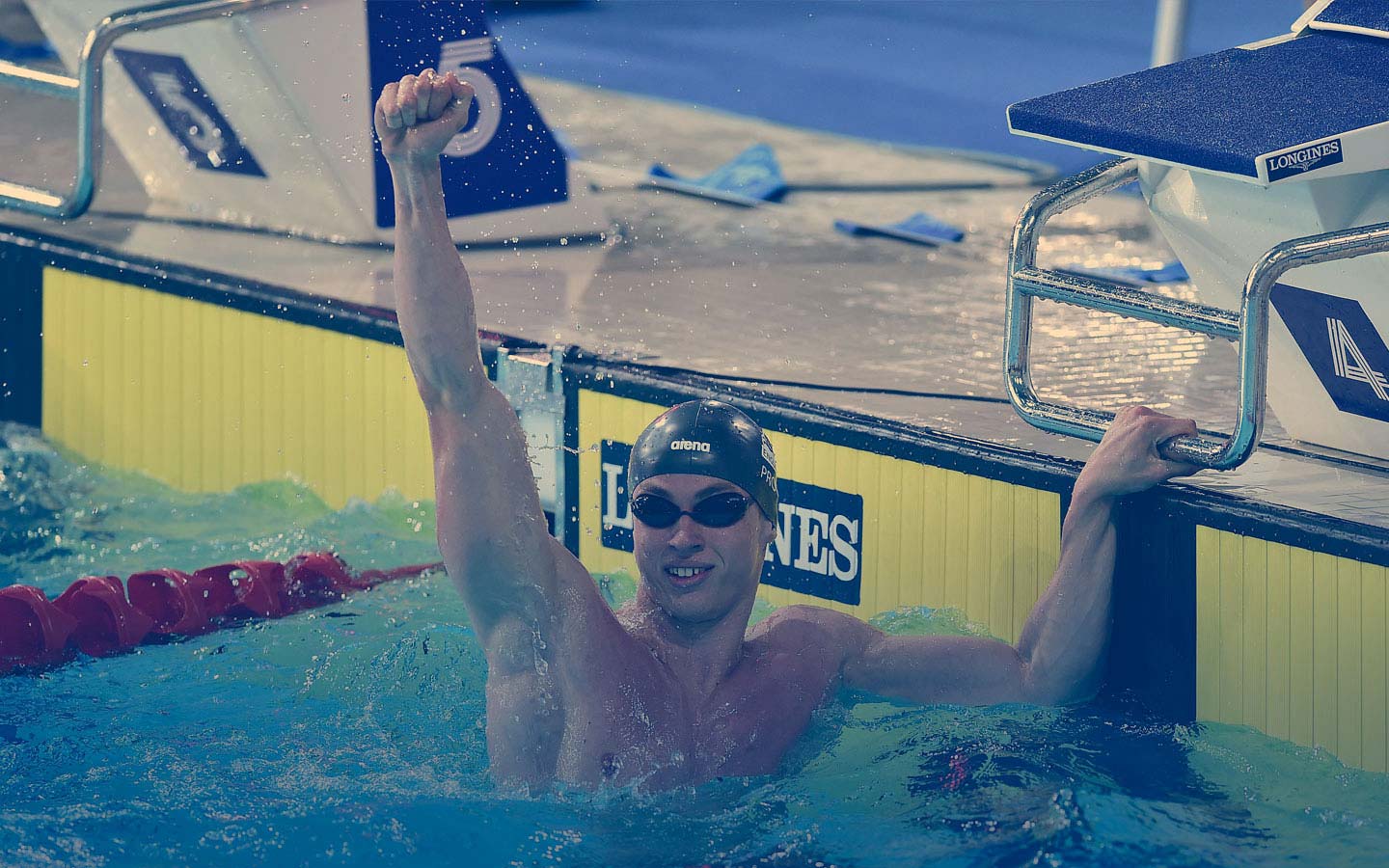 It’s testament to the support and mentorship delivered within the University that our elite athletes are generating so many illustrious awards . You may have seen our students Tom Fannon and Jean Luc Zephir swimming at the 2018 Commonwealth Games, competing former Marjon elite athlete Ben Proud, an Olympian and World Champion.

Read on to find out more about Tom and Jean Luc as well as rising rugby star Lily Stoeger and British Karate Champion David Wilks and the other talented students who are perfecting their sporting skills at Plymouth Marjon University. 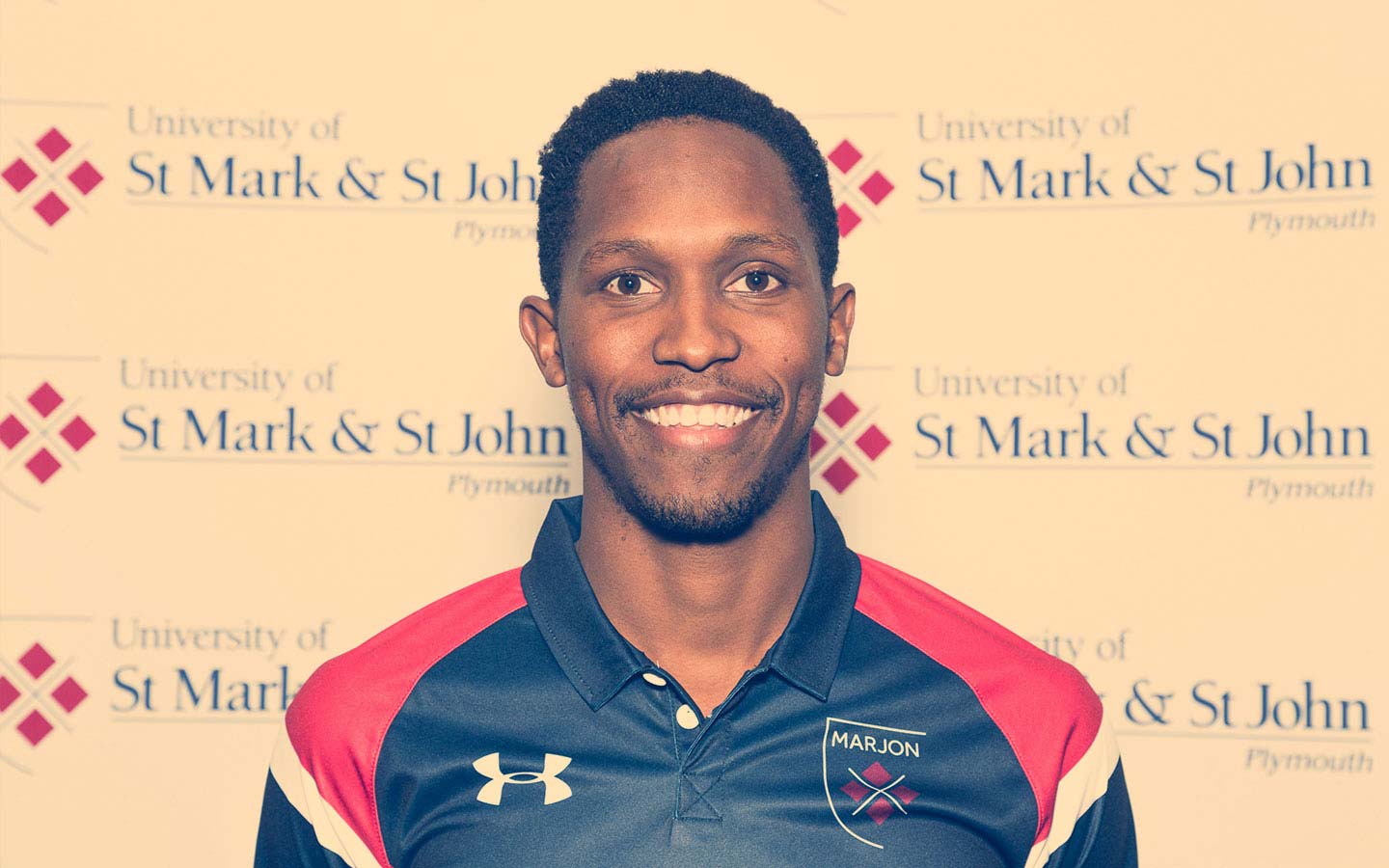 Jean Luc, from France, swims with Plymouth Leander and has competed for Saint Lucia at the XXI Caribbean Island Swimming Championships (CISC). He represented St Lucia at the 2018 Gold Coast Commonwealth Games, where he won his heat and achieved new personal bests in both the 50m and 100 Freestyle events. Jean Luc is next in competition at the FINA World Swimming Championships (Short Course) in China in December 2019. 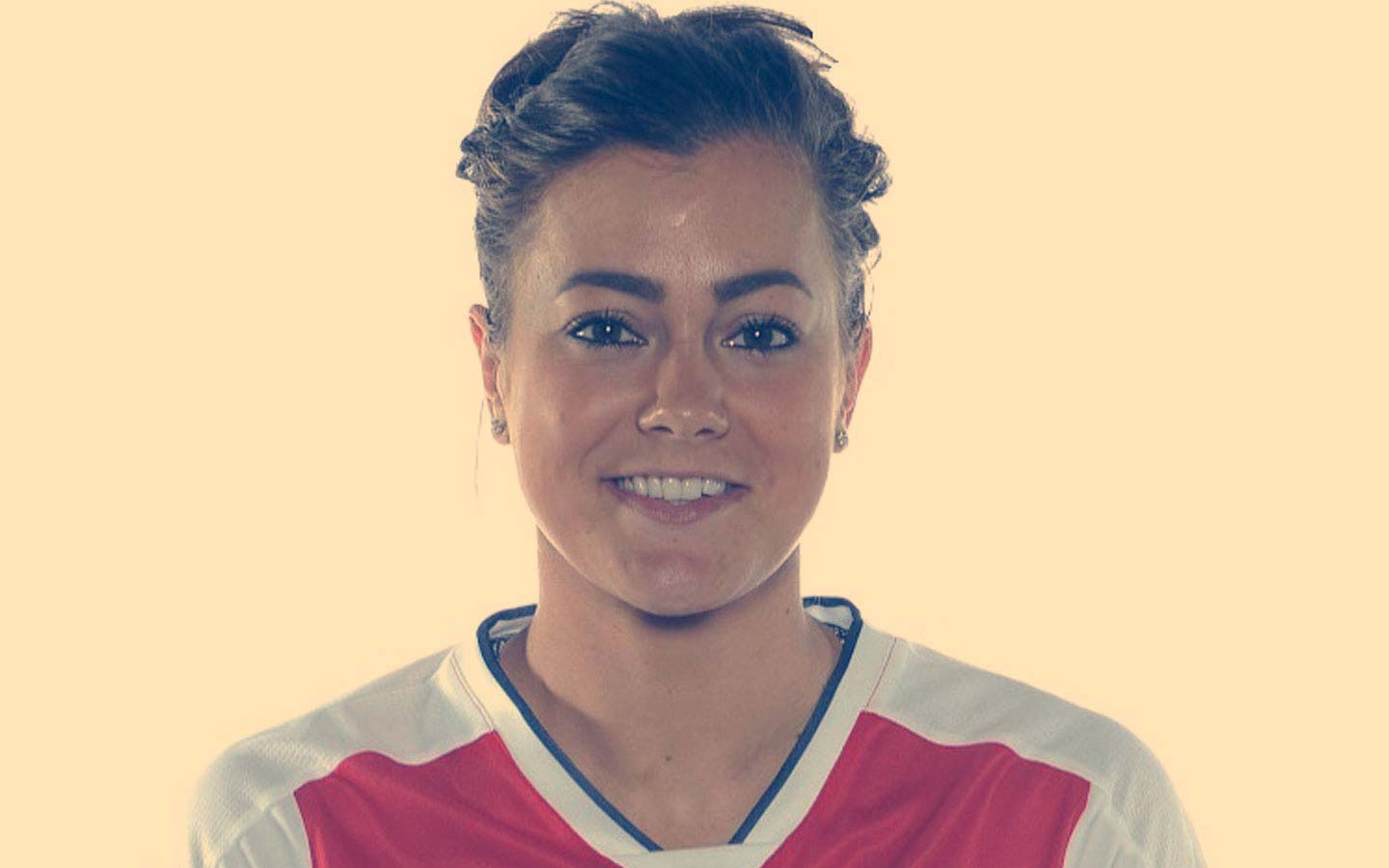 Jemma's football career is an impressive one, she was FA Women’s Young Player of the Year in 2011, was a regular for WSL Arsenal as a central defender and played in the England senior squad. Jemma completed her first degree at Marjon and is back as a postgraduate student, training to teach PE and using her experience to develop girls football in the local community. 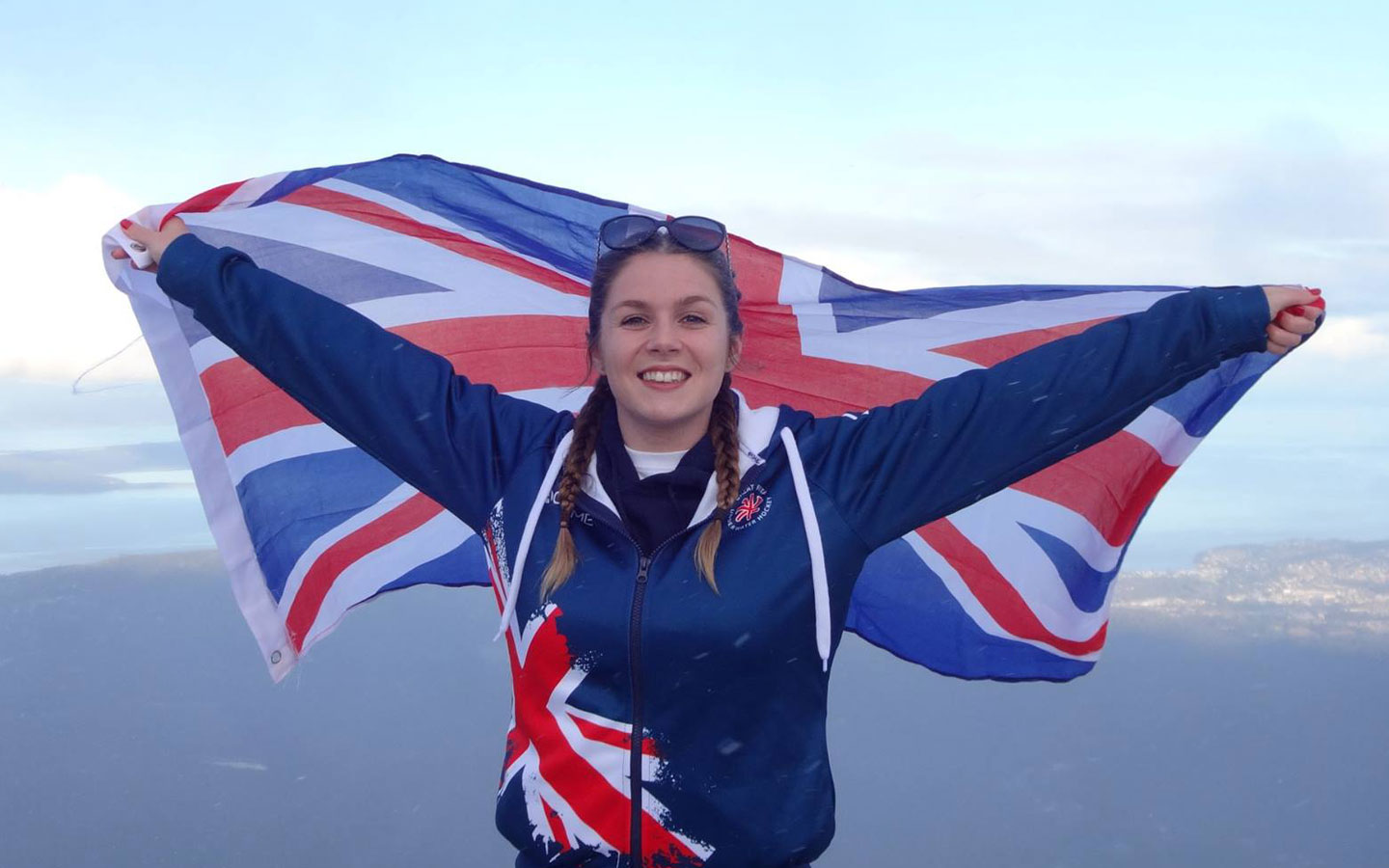 Alyssa represented Great Britain at Underwater Hockey in the U19 and U23 squads and at the 2017 World Championships in Australia. Alyssa was U19 Player of the Year and won a Devon Outstanding Performance in Community Sport Award in 2017. Alyssa won a silver medal with the GB team at the World Underwater Hockey Championships 2018 in Quebec. Alyssa told us: “The University really helped my preparation with a free membership to the gym here. Also, just before the tournament I broke some of my equipment and they gave me some extra funding so that helped massively!”. 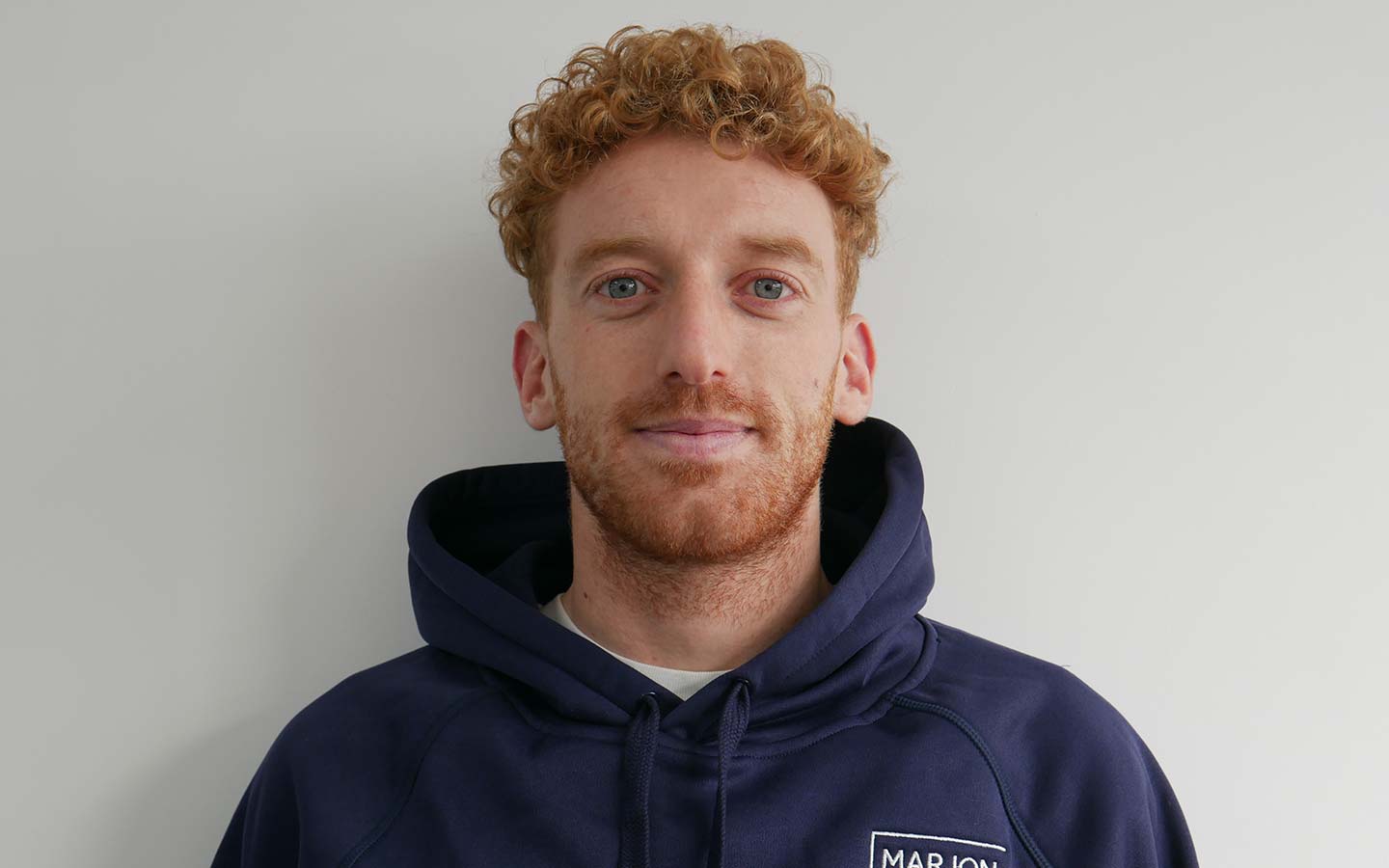 Beau was team captain for Great Britain at the World Junior Surfing Championships in 2010/2011. He was U16 British Schools Champion and second at the U16's British Championships in 2009. Beau was also a European team rider for Billabong from 2008 to 2012. Beau works as an Assistant Coach for the Surfing England Junior team and continues to pursue his passion for coaching. 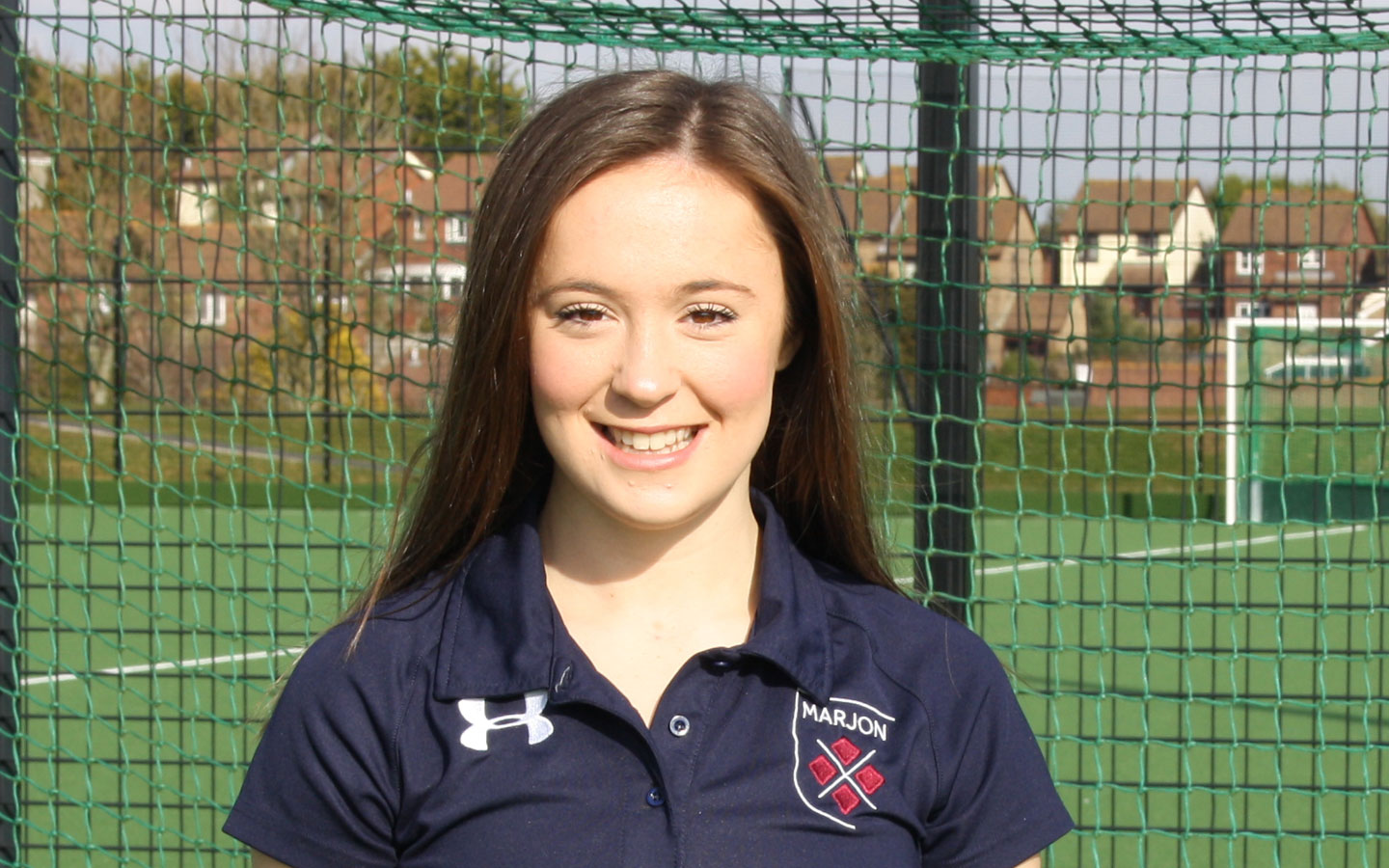 Rhian represents Wales at hockey at both the under 21 and senior levels, having won her first cap with the U18 squad. Currently training for the U21's European Championships, Rhian also plays for Plymouth Marjon Hockey Club and the University team. 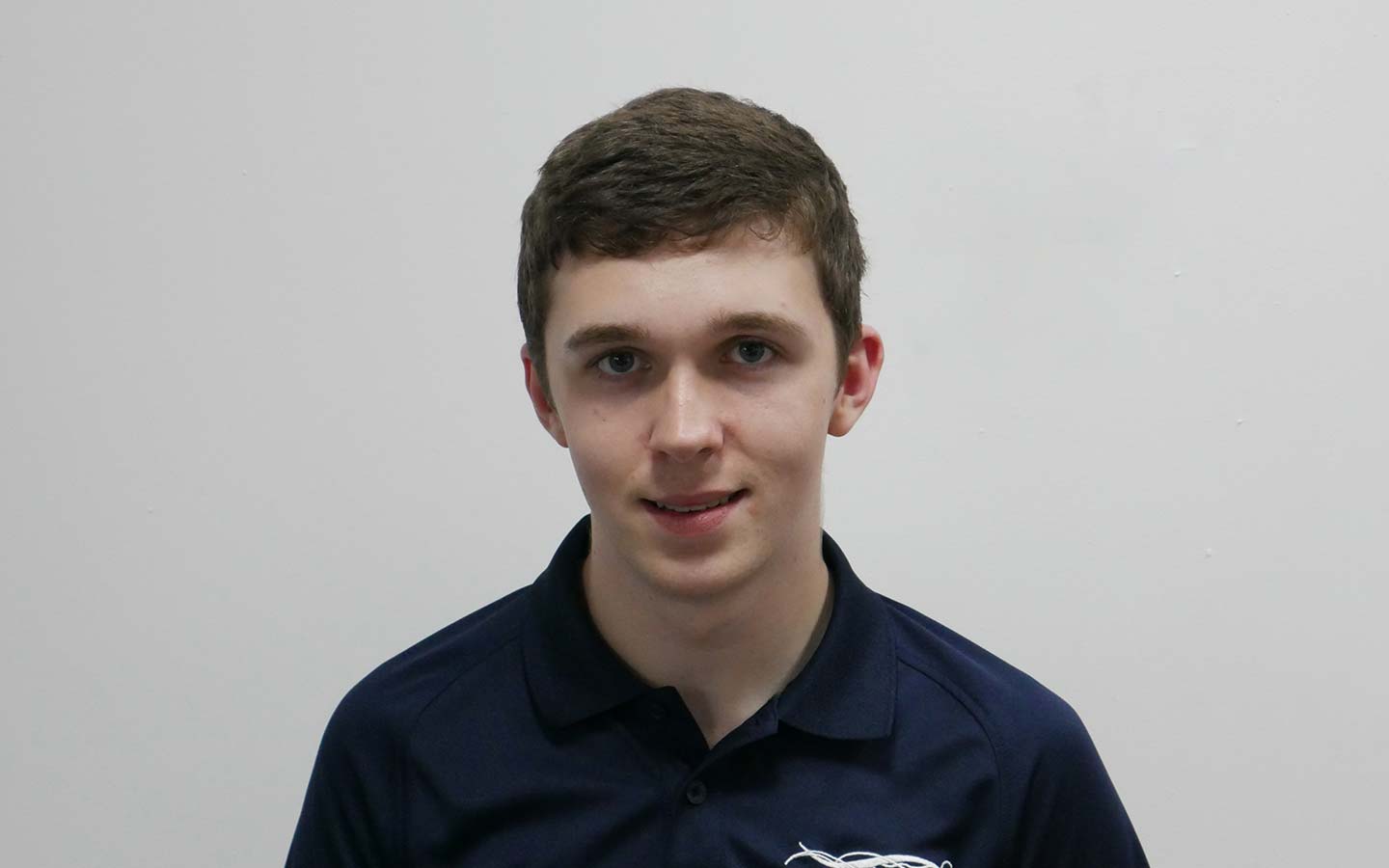 Edward has been selected for the GB Talent Squad for wheelchair rugby and attends monthly GB weekend training camps. Edward is based in Plymouth and continues to play for his team West Country Hawks. 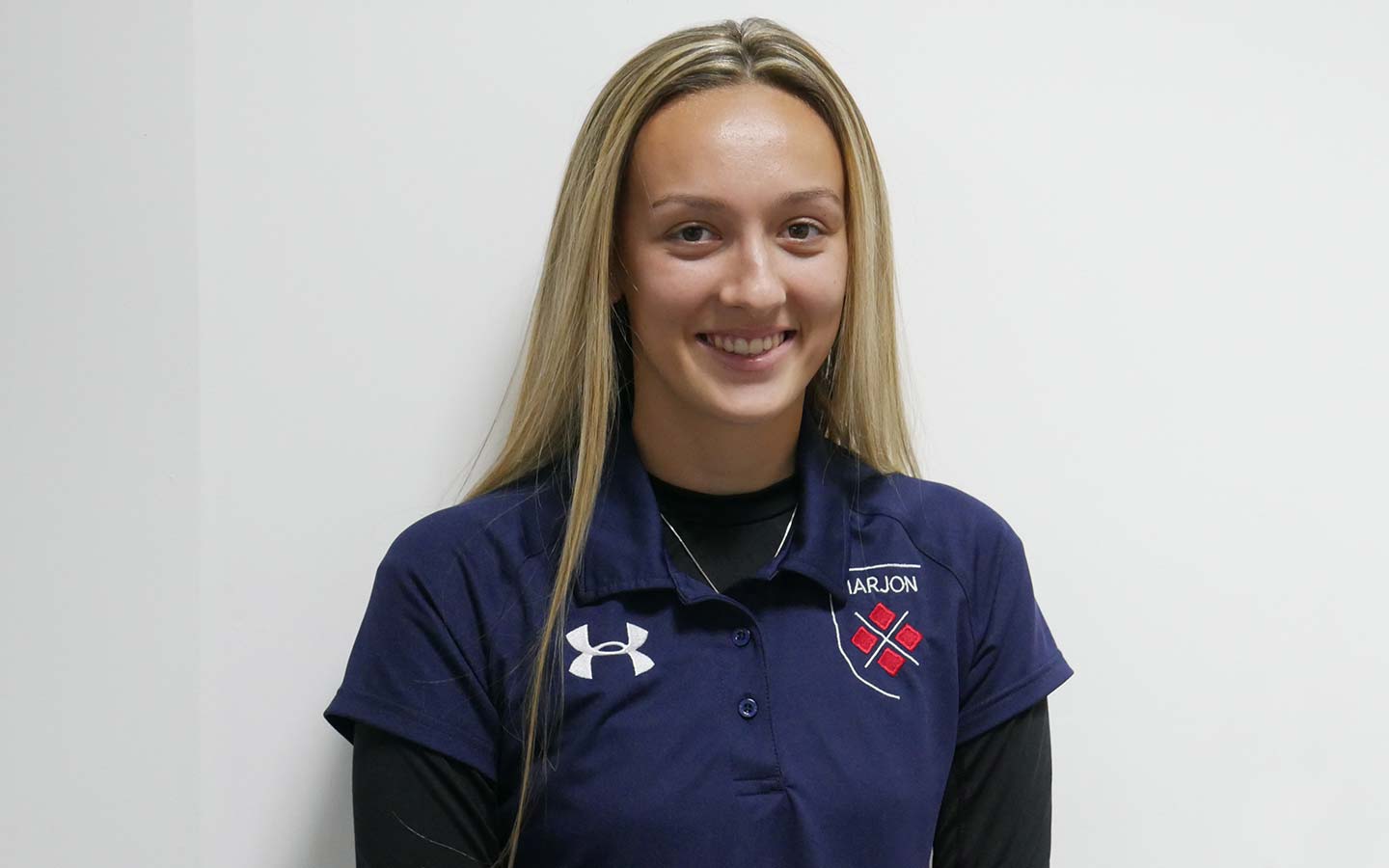 Chloe is number 1 in South West and 8th in Britain for BMX. She has represented the South West in competition at Manchester Indoor Arena, the home of British Cycling against all the top riders from around the country. Chloe will be competing this season at regional and national events. 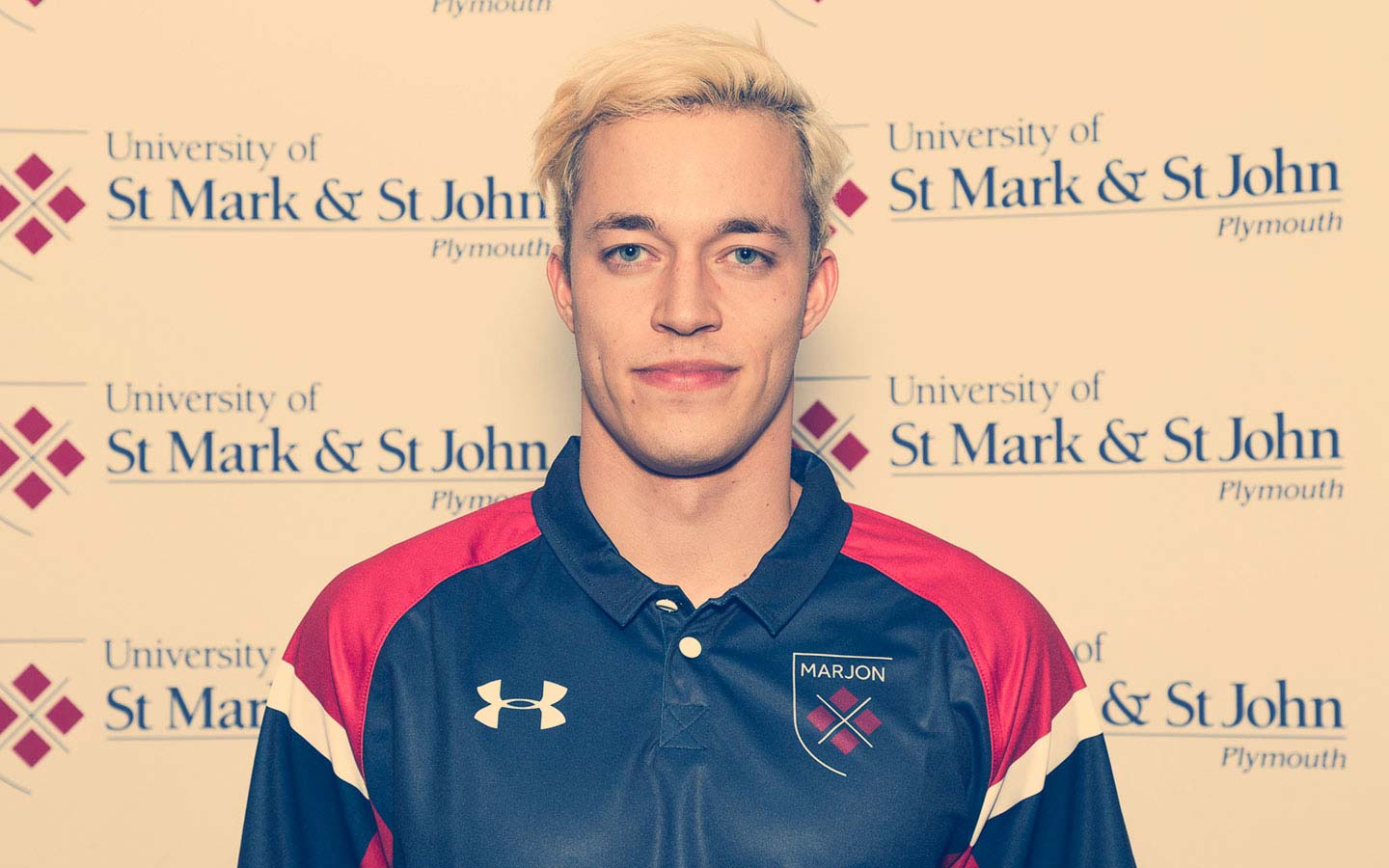 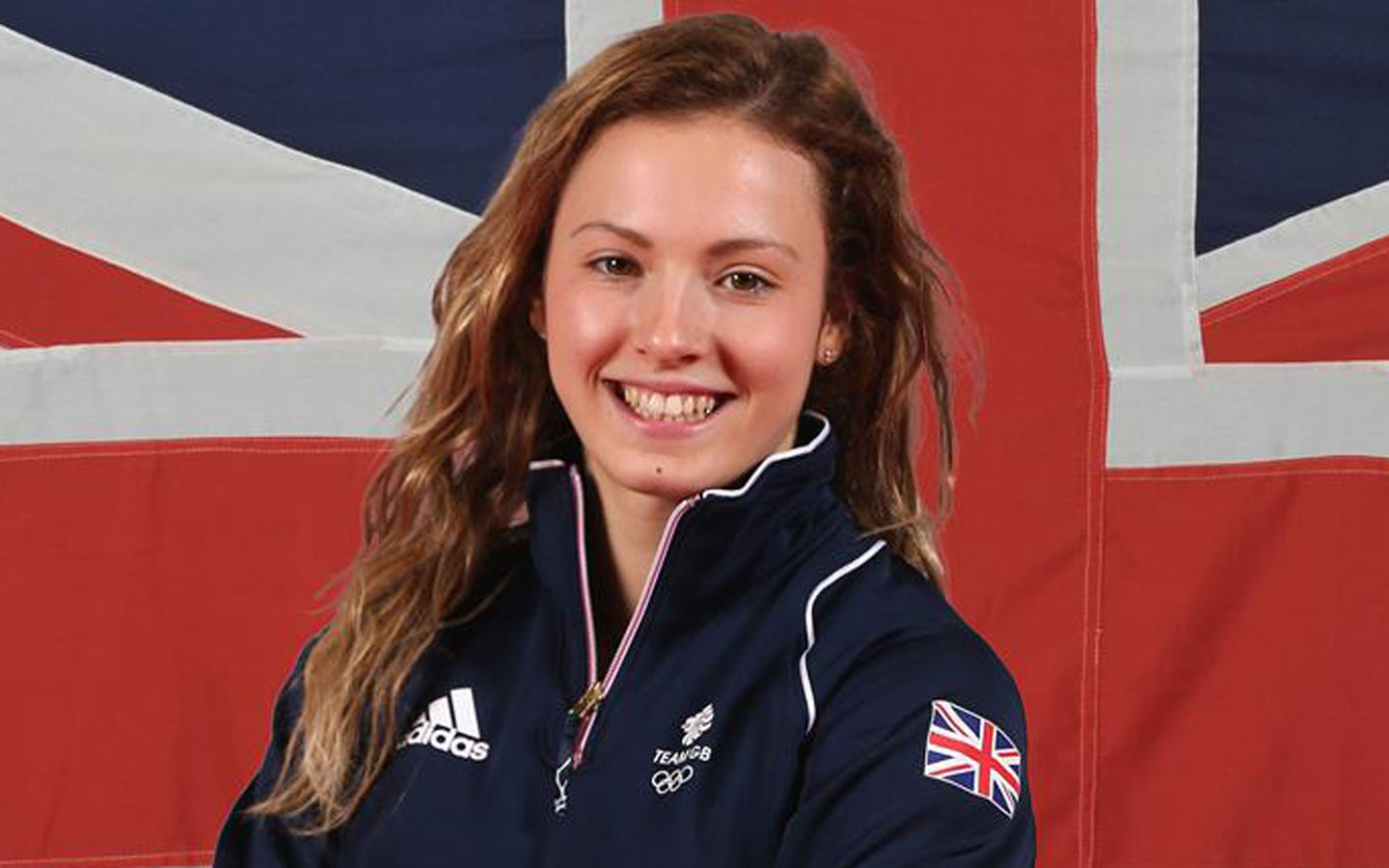 Shanice, a diver from Plymouth, has represented Team GB and has won medals at the 2017 British National Diving Cup, the 2016 Junior European Championships and the 2016 Youth Olympic Festival. 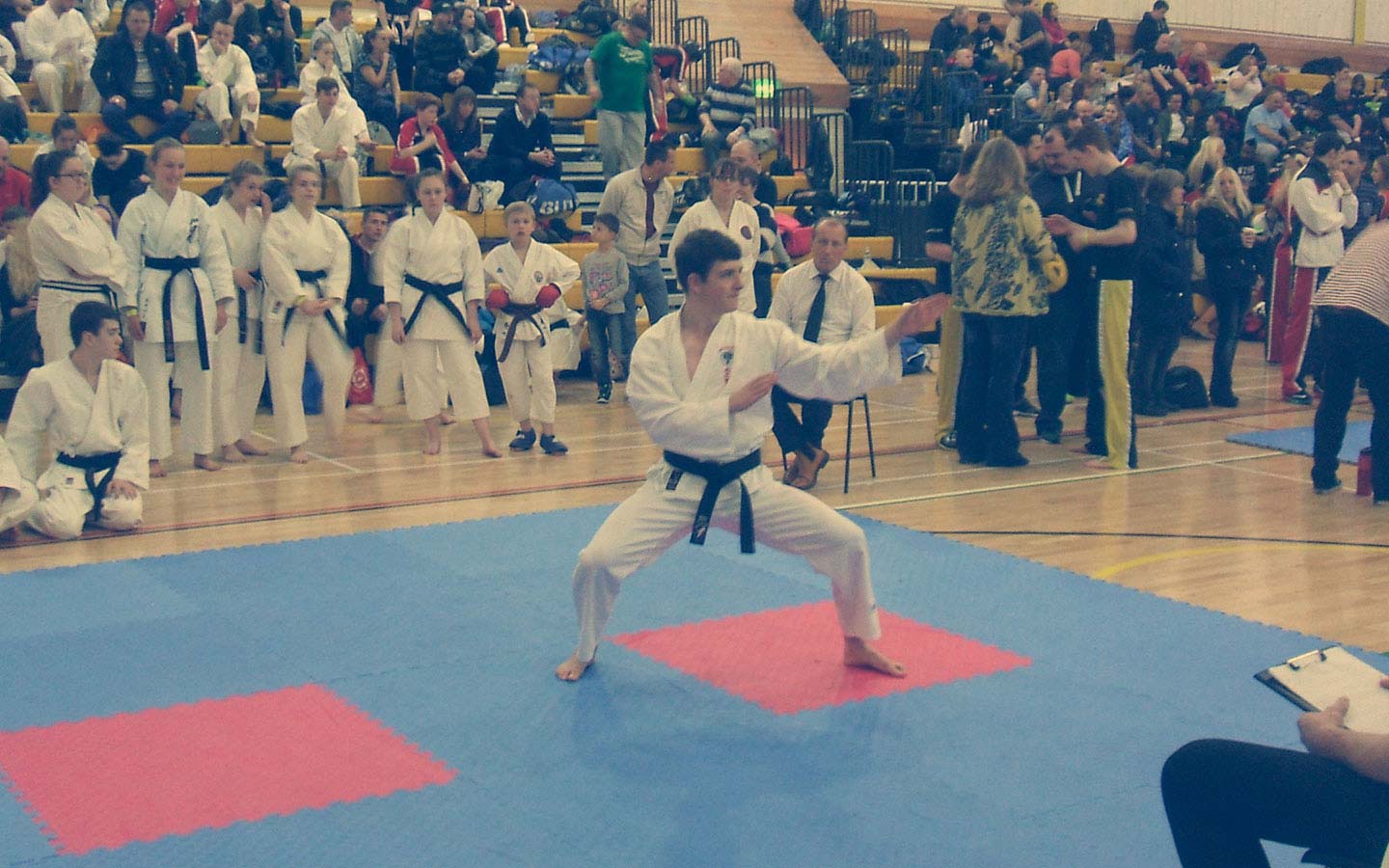 David Wilks, from Saltash, started karate when he was seven after he was bullied as a child and found that karate helped tremendously. David was selected for the World Karate Union (WKU) England squad in Feb 2016 and went on to win medals at the WKU/Kwon Grand Slam #2 (silver for Kata and bronze for Kumite) in March. He became British Champion (Kumite) at the WKU British Open in April and won the silver medal at the World Karate Championships in Florida in October 2016.