Members of the Board of Governors at Plymouth Marjon University Dr Gregory Borne is a Senior Lecturer at Marjon, an interdisciplinary social scientist with an emphasis on sustainability. He has worked for international organisations such as the United Nations as well as organisations in the government, education and third sectors. He is the author of numerous journal articles and four books on different components of sustainability.

Greg is a member of Estates Project Group.

Stephen has held a number of key roles in Further Education, latterly as Principal & CEO of South Devon College in Torbay.  Now retired, he retains a passion for high quality education and its role in raising life chances and promoting inclusivity and diversity.

Stephen has held board positions with a range of local educational institutions and national agencies, as well as with regional and local economic development organisations.

Stephen was awarded an OBE for Services to Education in 2018, and proudly holds an Honorary MA in Education from Marjon.

Stephen is Deputy Chair of the Audit Committee and a member of Remuneration Committee. 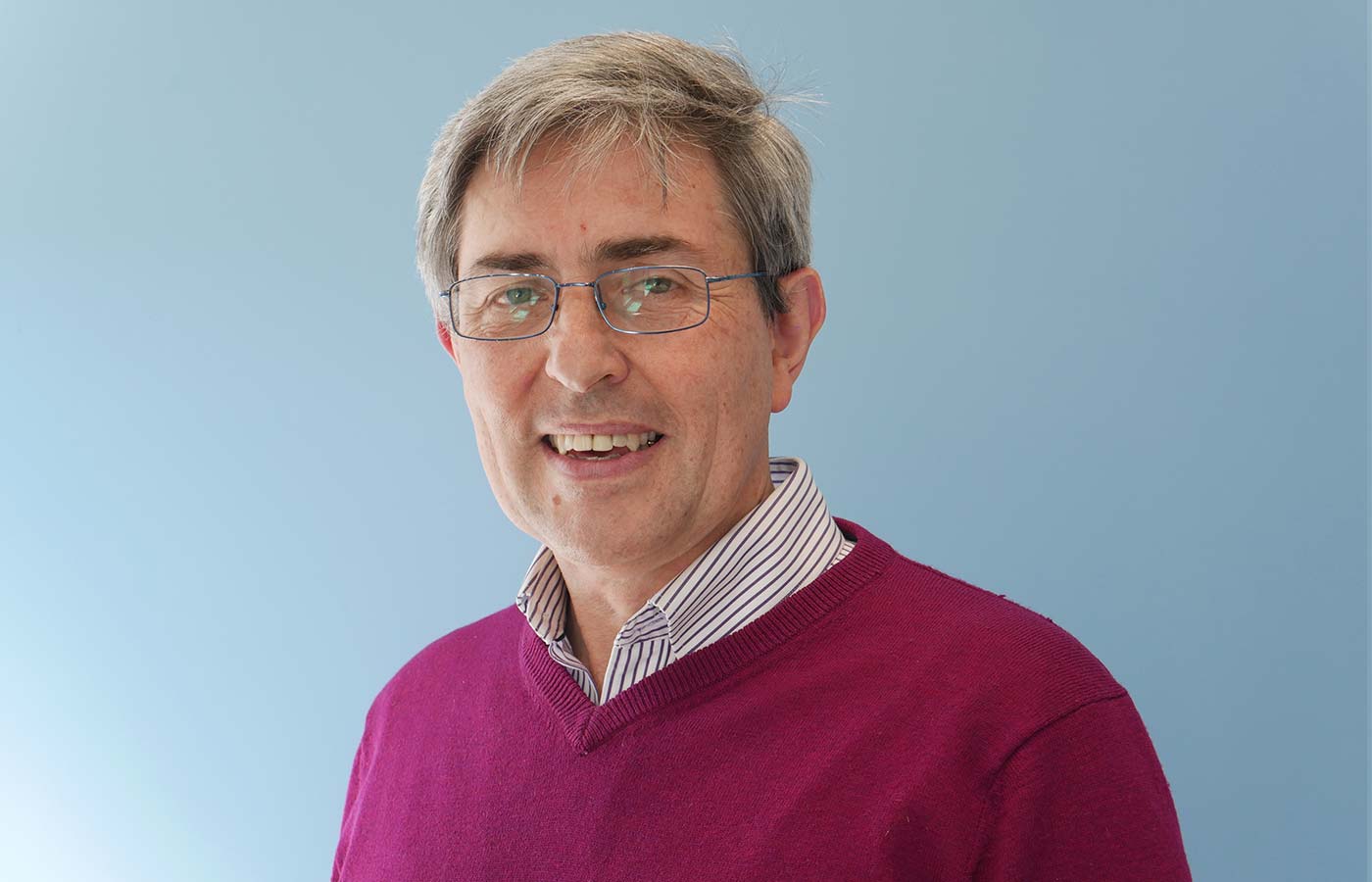 Tim is a co-opted Board member and a former Marjon student.  He was born in Tanzania and grew up and later worked in Kenya.  His tertiary education took place in the UK (BA, MTh, PhD), focussing on Theology & Sociology and Mission Spirituality.  His interests include World Christianity and international studies.

As Bishop of Winchester, Tim’s national portfolio was Further & Higher Education.  He oversaw the Church of England’s new thinking on the contribution of FE & HE to the common good within a pluralist and post-secular world.

Tim was previously on the Board of Winchester University (another Cathedrals Group University).

Tim is now an active retiree, and lives in Plymouth with his wife Sally. 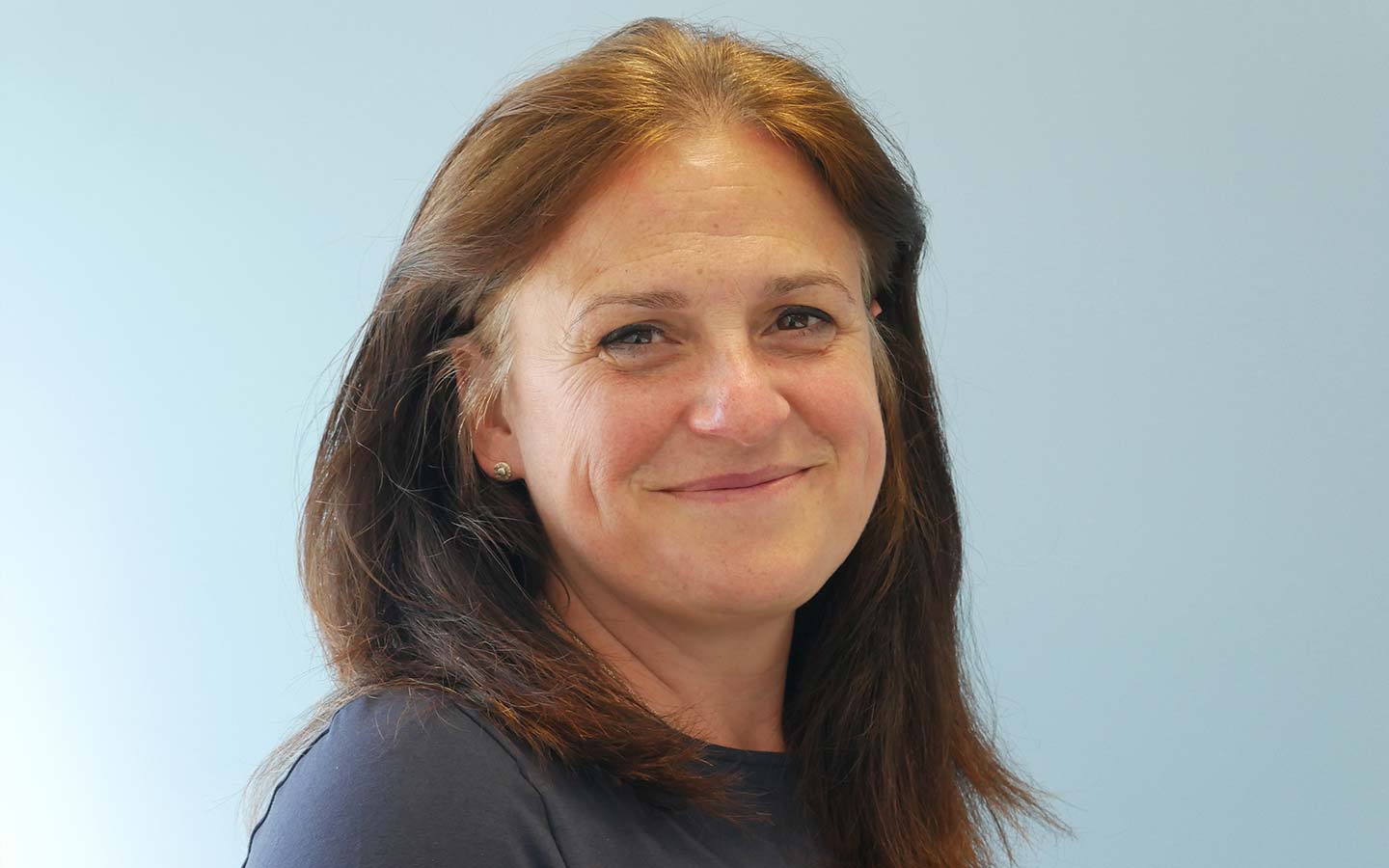 Kate is the Joint Chief Executive of Cosmic, one of the leading social enterprises in the South West.  Kate has spent over two decades in the IT industry, many of which running a wholly female owned IT software business.

Kate specialises in Digital Futures and the strategic use of Digital to transform business processes.  Her previous career in Civil Engineering enabled her to work extensively in both the UK and overseas.

Kate has been shortlisted for the Women in IT awards, as IT Advocate of the Year, and received awards from Tech4Good, Social Enterprise UK and Venus awards.

Kate is a member of the Finance & Resources Committee and Deputy Chair of Estates Project Group.

Matt's career has centred on promoting community sport and active lifestyles. He has held leadership roles with Somerset County Cricket Club, The England and Wales Cricket Board and Active Devon, where he has been the Chief Executive since 2011. He has extensive expertise across the grassroots participation agenda, public policy and investment strategies and is a passionate advocate for partnership and collaborative approaches.

Away from professional life Matt practises what he preaches, being a keen everyday walker and cyclist.  He is a passionate rugby fan and a keen but frustratingly worse than par golfer!

Matt is a member of the Governance & Nominations Committee. 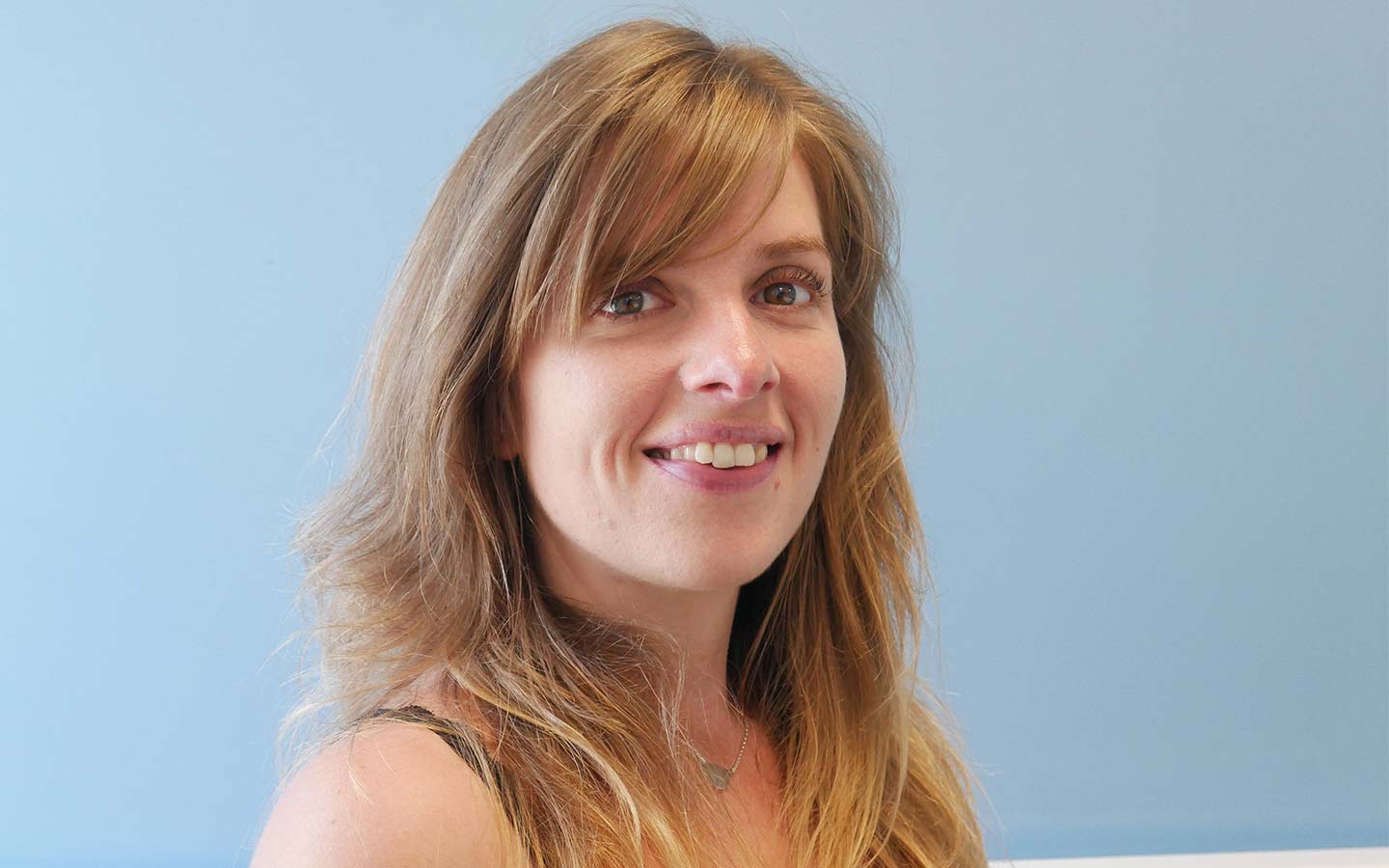 Katherine is a co-opted member of the Finance & Resources Committee.

Katherine George is the founder of the multi-award winning, international social media agency Oh So Social, which provides comprehensive social media management and training services, and online training platform Oh So Savvy. As one of just eight Meta Certified Lead Trainers in Europe and one of 24 Facebook and Instagram accredited #SheMeansBusiness mentors in the UK, Katherine has a wealth of expert social media knowledge and experience.

Both Katherine and Oh So Social have won a string of awards, including being named by Enterprise Nation as one of their Top Marketing Advisers three years running, and celebrated in Cornwall's 30 Under 30 list four times.

Vicky is a Senior Associate at Browne Jacobson LLP, specialising in education law.  She has extensive experience and knowledge of the education sector and advises schools and academy trusts across the South West and nationally on legal and governance matters.  Vicky has been a volunteer in school governance since 2010, holding a range of roles including chair of governors.  She is currently a Member of a special school multi-academy trust and a Trustee of Askel Veur, the Diocese of Truro’s Umbrella Company Ltd.

Vicky lives in Cornwall with her husband and two young children.

Vicky is a member of the Audit Committee.

Alex is a Chartered Accountant with over 10 years' experience in various finance roles covering engineering, fast moving consumer goods (FMCG) and the motor industry. Alex studied Accounting and Finance and graduated from Plymouth University in 2009. He currently works as Head of Pricing and Insight within the Babcock International Group.

Alex is Chair of the Finance & Resources Committee.

Patricia began her career at Leeds University as a lecturer, before moving to a research position in the House of Commons. She joined the financial services sector as a business psychologist, then moved to City University as a Senior Lecturer.  Since joining Ashridge Business School, Patricia held the post of MBA Director for 12 years and now is Director of the Ashridge Centre for Research in Executive Education.

A magistrate, and former Chairman of the Bench in the Family Courts, Patricia has been awarded the Freedom of the City of London.

Patricia is a member of the Finance & Resources Committee and Chairs both Remuneration Committee and People & Organisational Development Sub-Committee. 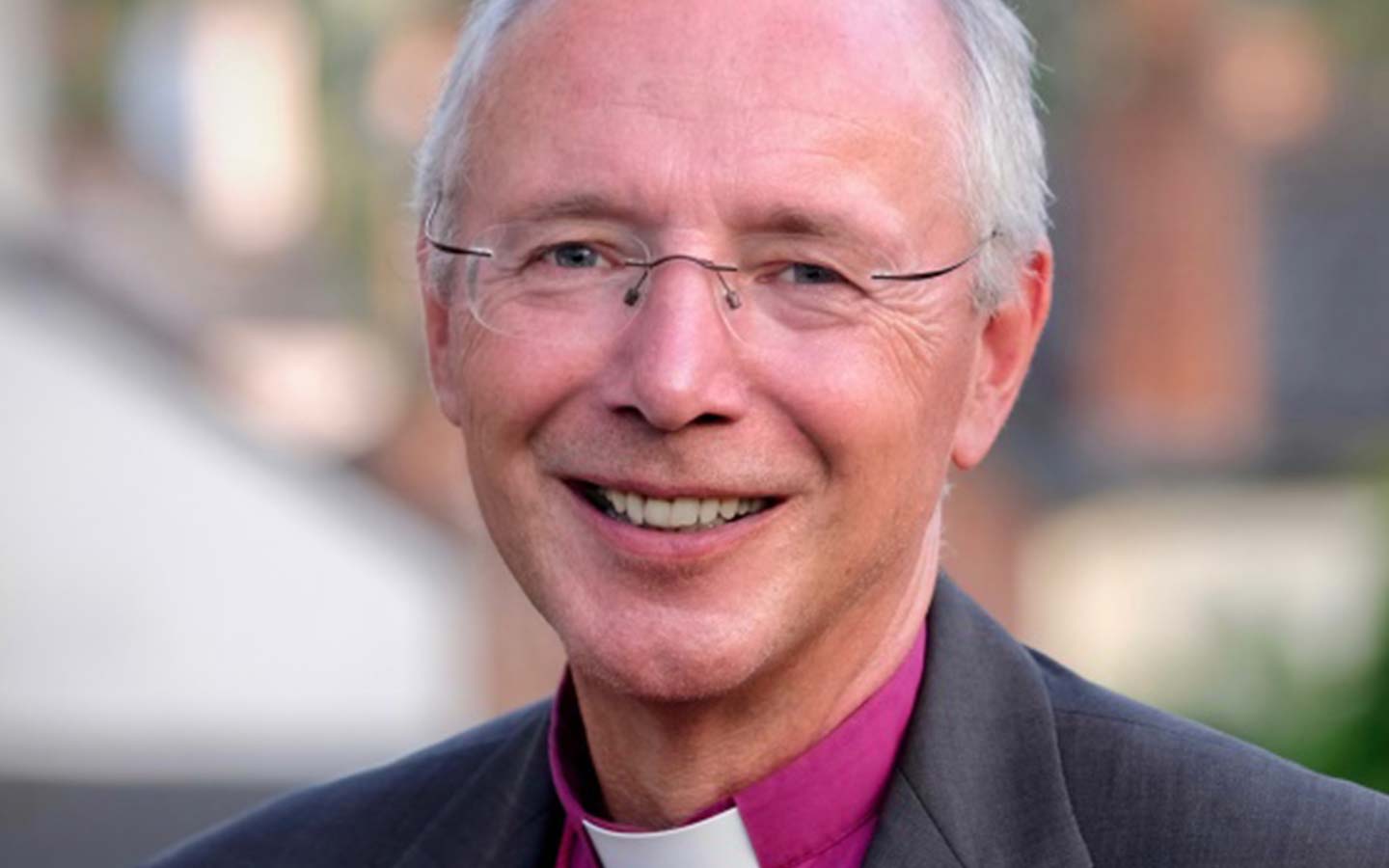 Nick is the University's Chancellor and a former Bishop of Plymouth. Prior to ordination he studied Law and worked for an overseas development charity. Nick served as a curate in London, a university chaplain in Liverpool and as vicar to parishes in rural Devon and Plymouth city centre.

He was consecrated as Bishop of Crediton in 2012, moving back to Plymouth in 2015.

Bishop Nick served as a Diocesan Nominated Governor on Marjon's Board of Governors from 2015 to 2021. He was appointed the University's inaugural Chancellor at the opening Graduation Ceremony in October 2021. MSU President for 2022/23, Will is also the Chair of the MSU Board of Trustees. He was MSU Deputy President during 2021/22 and prior to this studied Osteopathic Medicine at Marjon.

Will is excited to be part of the Board of Governors. He delivers updates to the Board on his activities and campaigns, notably around student health and wellbeing. Will is honoured to be able to share his experiences as a student and be a representative of the student body at Marjon.

Will attends meetings of the Finance & Resources Committee, People & Organisational Development Sub-Committee and is a member of Estates Project Group. 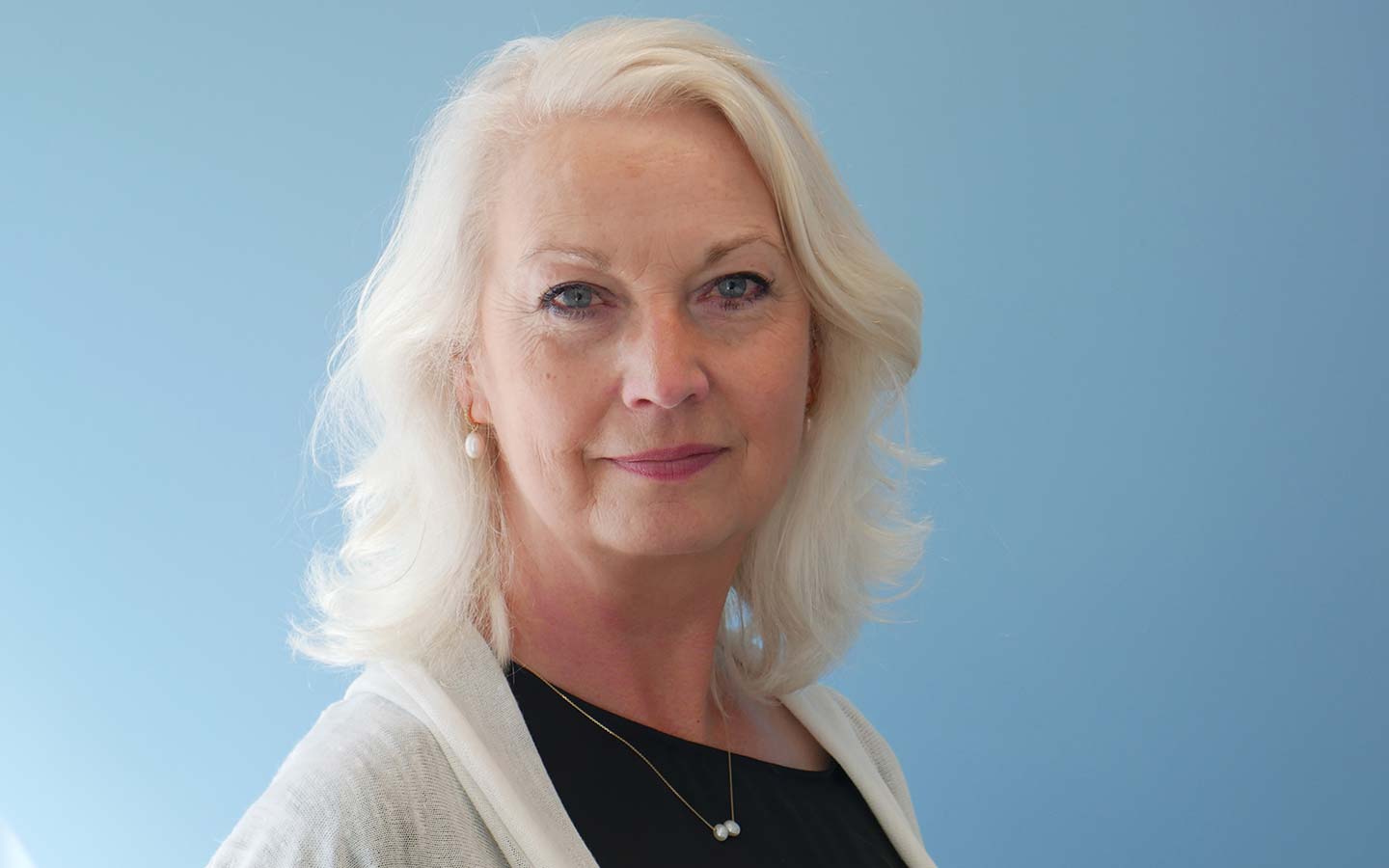 Ruth grew up in Oxford and graduated from Durham University. Ruth’s working life has been almost exclusively in the not-for-profit sector: the Health Service, three different charities, local government and more latterly an international student charity. Her main interest is in strategy development, organisational change and development and performance monitoring.

Ruth is motivated by seeing people flourish, develop and reach their potential – not just in their jobs, but in their lives. She loves to see people grow in their skills and knowledge, and to be able to pass those on to others. Ruth moved to Cornwall in 2018, where her husband Philip is Bishop of Truro.

Ruth is a member of People & Organisational Development Sub-Committee and Estates Project Group.

Gina works as a vicar, in Devon. Prior to this, Gina had a long history of public health experience at local, national and international levels. This includes advising and influencing Ministers, key officials, professionals and the public. She was a regular speaker at conferences and with the media with considerable experience both at developing national policy and strategy, and also in implementation.

Gina has had links with education throughout her career, as a trainer of public health professionals, lecturer at undergraduate and postgraduate levels and as an assessor of Medical Schools’ Undergraduate courses. She also chaired the Board of an Institute of Public Health.

Gina is a member of the Audit Committee and the Healthcare Education Strategic Advisory Group.

Chair of the Board and Directly Appointed Independent Governor

Graham served for over 26 years in the Army, originally commissioning as a Royal Welch Fusilier officer and later qualifying as a management accountant and chartered secretary. In his last Army appointment, he was responsible for the Army’s military management accountants world-wide and supporting major defence-wide reviews and initiatives.

In 2003, Graham become Director of Corporate Finance at the University of Plymouth and was soon promoted to Deputy Vice-Chancellor (Resources). In 2009, he became Director of Resources at the Arts and Humanities Research Council.  In 2013, he took on the additional role of creating and leading the Professional Support Unit for AHRC, EPSRC and ESRC.

John has worked in education for over 30 years including headship in a County Primary school. In 2004 he joined Plymouth City Council and over time became Head of Education and Learning. John has trained as an Ofsted inspector (not current framework) and been an accredited School Improvement Partner. Until 2020, John was the Exeter Diocesan Director of Education.

John is Joint Deputy Chair of the Board, Chair of Estates Project Group and member of Governance & Nominations Committee.

Professor Gary Shum is a chartered physiotherapist. He is the Professor of Biomechanics and Rehabilitation and Programme Leader of Master of Osteopathic Medicine at Plymouth Marjon University. Gary has worked in both public and private health sectors and studied and worked in Hong Kong and Australia before starting his academic career in UK. 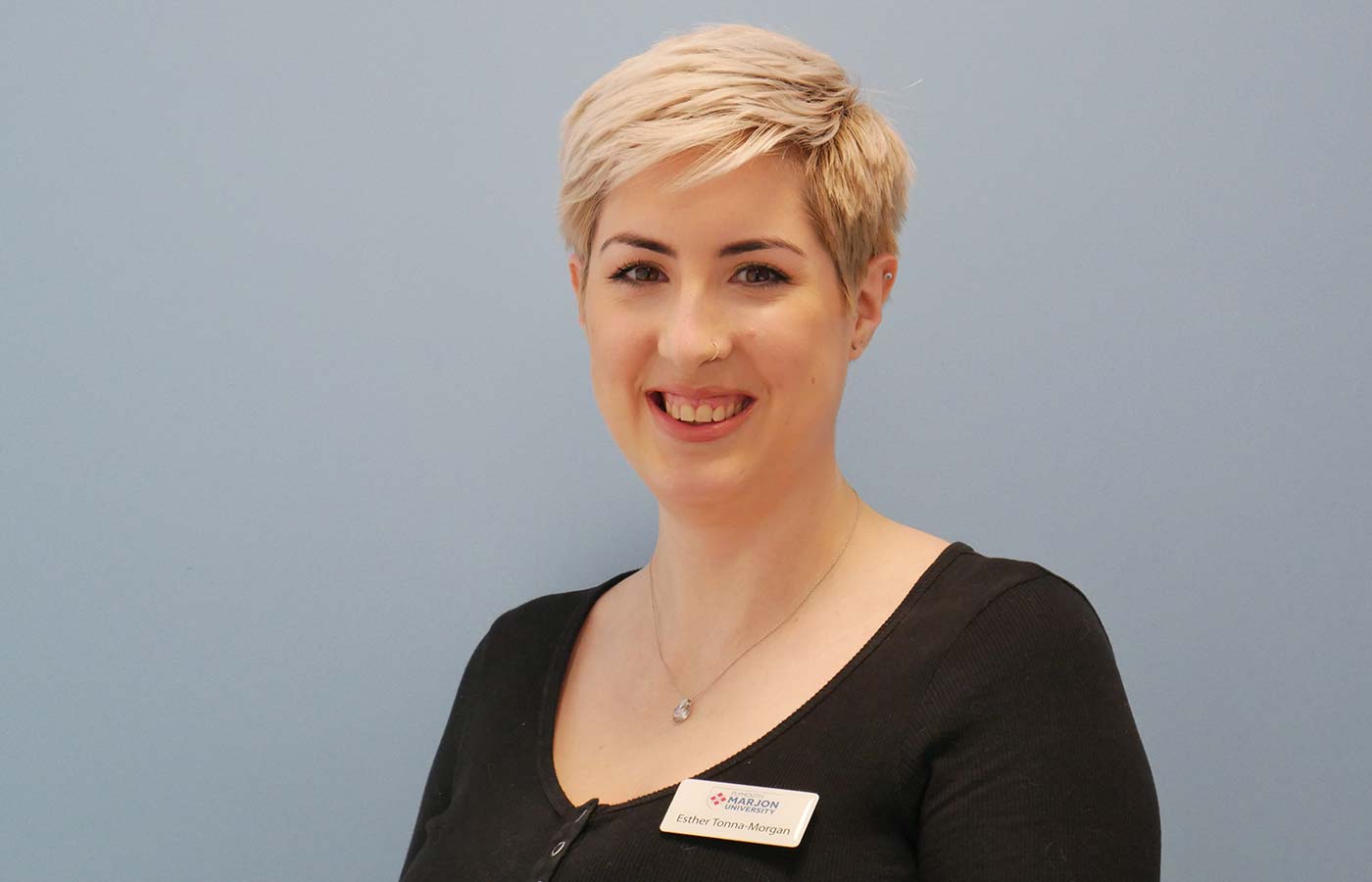 I am Marjon’s Welcome Team Manager.  I have a background in customer service as well as NHS healthcare and am also a former student of Marjon myself.

I enjoy meeting people and sharing experiences as well as best practice. I delight in searching for alternative ways of working and was honoured to win the Marjon Staff Award for Curiosity in 2021. When an opportunity equally excites and scares me, I’m inclined to pursue it and step out of my comfort zone so that’s why I wanted to become a Governor.  I’ve got quite a diverse career history including two different shoe shops, an ice rink and most recently as a Cancer Support Worker in the NHS. 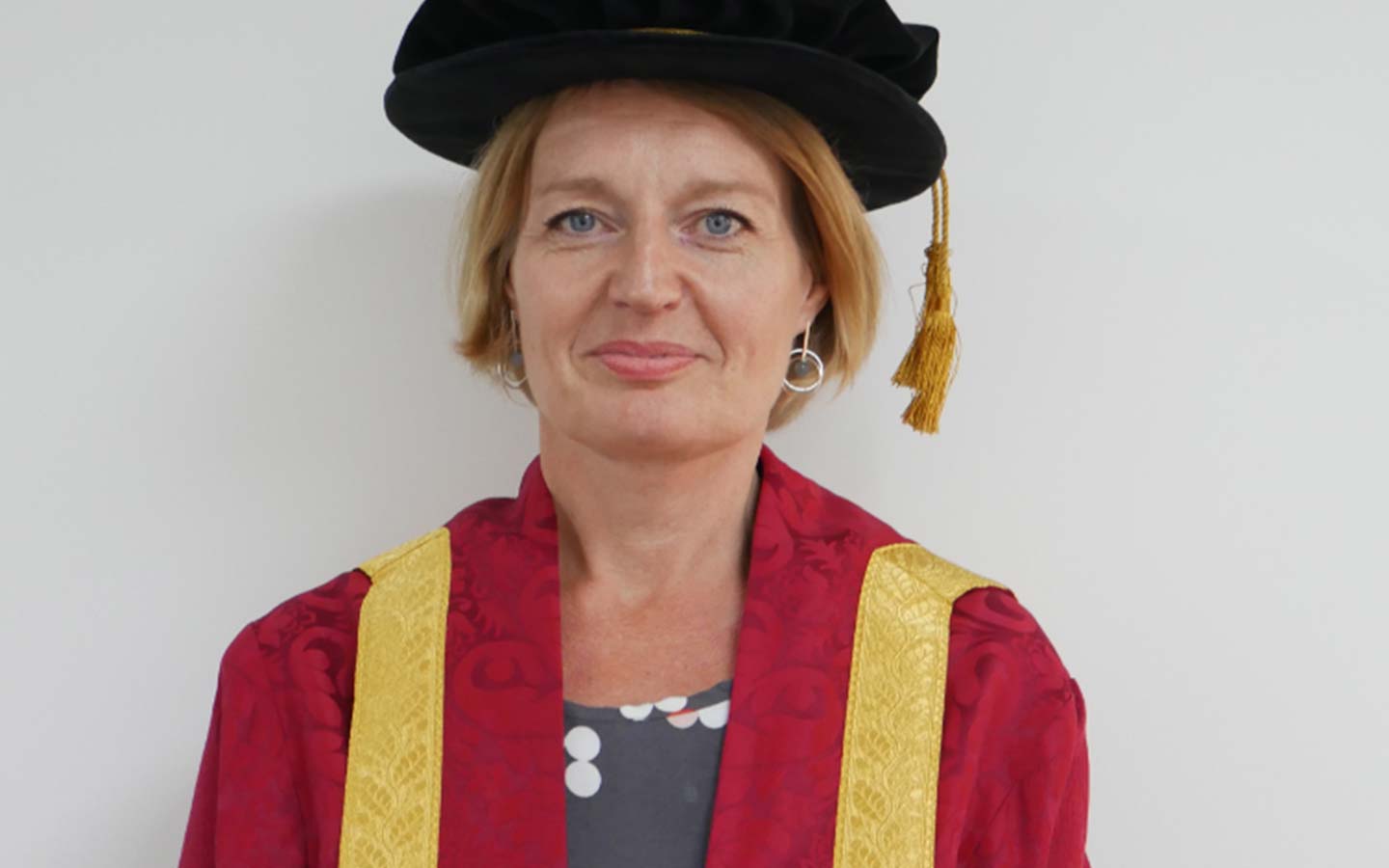 Emma was brought up in Plymouth and has more than 20 years' management experience across the NHS. Emma is currently the Business Partner at Church View Surgery in Plymstock.

Emma is (joint) Deputy Chair of the Board, Chair of Audit Committee, Deputy Chair of Remuneration Committee, Governance & Nominations Committee and People & Organisational Development Sub-Committee. Emma is a member of the Healthcare Education Strategic Advisory Group.

Professor Warner’s academic career began at the University of Wales, Lampeter, as Head of Department. He then moved to the University of Chester where he became Executive Dean of Humanities, with university-wide responsibilities including curriculum development and postgraduate students.

Rob is a member of Finance & Resources Committee, Estates Project Group, P&OD Sub-Committee, Governance & Nominations Committee, Healthcare Education Strategic Advisory Group. Rob attends meetings of Remuneration Committee by invitation but is not present for any discussion/decision regarding his own performance or remuneration.

An experienced organisational psychologist, senior HR professional and executive coach working with Boards across a range of organisations in the UK and US.  Specialist in culture, change and transformation projects, leadership development and performance management.  Has worked across a range of industries to design workplaces that are high performing, healthy and inclusive.  Currently studying for a professional doctorate in how evidence-based decision making can be used to improve organisational outcomes.

Jackie is a member of the Remuneration Committee and People & Organisational Development Sub-Committee.