Explore how children learn and what it's like to teach.

Three work placements with our network of hundreds of schools

Three A-levels at grades CCC or above.

Or BTEC triple grades MMM or above.

And GCSE English Language at grade 4 or grade C or above.

How to apply for this course

If you are interested in an understanding of primary education and might wish to become a teacher in the future, then BA Primary Education could be the course for you. It offers you many opportunities to work within schools to understand whether you want to develop a career as a teacher or consider other options, with a placement in every year of the course. You will also study primary education in a broad context, considering social and ethical issues as well as the primary curriculum and child development.

You don’t need QTS skills tests prior to taking part in this course. In order to achieve Qualified Teacher Status, you will need to follow this primary education degree with a PGCE or School Direct programme.

Our primary education degree provides students with an academic BA degree that can be used for a wide variety of prospective careers either in the academic sector or elsewhere. If you are certain you want to teach though our BEd Primary Education degree leads to Qualified Teacher Status after three years.

Megan: My name is Megan Swan, and I did the BA Primary Education degree. I chose to do that course because there's two routes in, usually a BA or BEd, and to be honest with you, I wanted to learn a lot about educational theory and why people teach the way they do, so that was the best route to do that. I am now a reception class teacher, so I am in charge of 30 four to five year olds. I have two teaching assistants. And because I'm also an early years teacher, so I qualified at the same time, I will also have an early years trainee with me.

So I think with doing primary education as the degree, it sets you up. Every year, so you've got three years, you build a really solid base of knowledge, and you build on it and build on it, and you put it more and more into practice. And I think it prepares you for the real world. And Marjon has definitely given me those skills to go forward in my teaching practice, to continually make it better. And the theory side of it is so important to be able to do that.

I think in terms of networking, it provided one of the biggest networks we could have. We did quite a few different placements. I think I went into four different schools throughout the whole time. And actually, you go in there, you get chatting to teachers and head teachers, and they get to recognize you, so when you come to applying for jobs and things like that, you have an idea of if that kind of school is for you and you've kind of got your foot in the door already a little bit. And that was a huge thing. I've currently got my first teaching job through a placement that I took with Marjon. I volunteered at the school; three years later, they've hired me. So, I think that kind of works really nicely as well opportunity wise.

I'd say, come and see the uni. Definitely. That is the biggest thing. Because I think once you get there, you can just feel what Marjon's about, and you get there and you see it in the everyday staff that are in the shop or all the people who are walking around, and people are chatting. We're all so linked and, social wise, it's very social. And we've now got a really good mix of events going on. And just to come along and to talk to people, to get a real feel for it. And trust me when I say, give it an hour, you'll get a good feel for Marjon, I think, just walking around.

Providing some details will help us to run the day smoothly, and let us keep you updated with more details or changes.

Why this course at Marjon?

Learn within a hugely experienced education team with a wide variety of expertise.

One placement project each year, working in a school.

Partnerships with hundreds of schools across the South West and London.

Take time to practise for your QTS skills tests.

Work with practising teachers on your modules, giving you an insight into the realities of the classroom.

An enrichment programme in which you work in University alongside practising teachers to learn about exciting new initiatives in the primary curriculum.

“I have really enjoyed the opportunity to discuss ideas with my lecturers and my fellow students. The fact that my lecturers come from a range of educational backgrounds means lots of different opinions are visible to me. This course has allowed me the opportunity to develop my skills for teaching children and learning about how children learn best. I am hoping to teach English as a foreign language in Asia and feel more sure of my philosophy of education as a result of this course.”

This course is perfect if you're curious about

How do we best learn? Is it the same for everyone?

Does the quality of the classroom experience define a child’s potential?

Why does creativity in children matter? What happens when it is stifled?

Which is more important; learning skills or learning facts?

Which skills can be taught in schools and which require parental involvement?

On successful completion, you can:

Modules for this course

“ In the first year we enjoyed exploring children’s literature and we learnt the skills to reflect on our own practice. The second year had a range of modules such as outdoor education and forest school which were both taught on site. During the leadership and management module we learnt skills for being a teacher and progressing into senior leadership. In the third year we will complete a dissertation, rounded up with a module of learning the importance of play within children’s learning.”

Learning to learn in Higher Education

A variety of speakers from the educational world will talk with you about what they do in their job. Sometimes these are curriculum topics and you will be joined in the sessions by practising teachers.

The exciting world of psychology and neuroscience is explored in relation to how people learn.

Students are given a question each week that they explore during their module. This module ties together all the information and provides an opportunity to give answers.

This module looks at typical and atypical development of children. It leads into consideration of issues of inclusion and special needs in educational settings.

Students choose from a range of placement projects and accompanied by a tutor we carry out the project together.

Children’s Literature and Drama in Education

Students look at a variety of picture books and design a dramatic performance of one to take into school for a literacy festival and character lunch.

In the politically charged area of education, getting facts straight is essential. Here we consider the different methods that we can use to research educational issues and learn about what actually works.

Learn about how childhood differs in different places throughout the world.

Critical Approaches to Numeracy in the Primary School

How do we teach maths in the primary school? A critical look at modern maths teaching to create maths lovers rather than maths haters.

A placement in a local school.

An exploration of the different ideas within education over time.

How do educational ideas impact on classroom practice? A practical look at which methods best work.

You'll carry out your own research into an educational question that interests you, and present your findings as a paper.

Continue to explore teaching technique in a final school placement, gaining valuable experience to apply for the next stage of your career.

Leadership and Quality in Education

What can leaders do to ensure they provide quality education? How does government policy affect this?

What are the various ways you might support children and young people in schools to cope with the pressures of their lives?

Developing a Personal Philosophy of Education

What is important to you? What drives you to be interested in education? You will articulate what you believe about education and how you see that playing out in your practice in the classroom.
Download course details

Fees for International students: £12,000 per annum

How will you be taught?

How will you be assessed?

Through a variety of tasks including poster presentations, the making of artefacts, essays and blogs. Your teaching is not assessed at this point, allowing you the chance to experiment and reflect on what does and does not work in your teaching style. 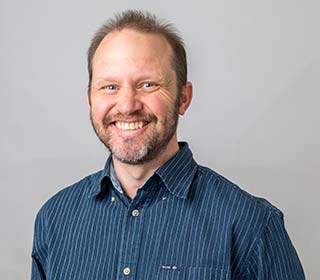 Miles’ Master’s is in English Language Teaching and Applied Linguistics and he has twenty years of experience teaching, including to adults and children. 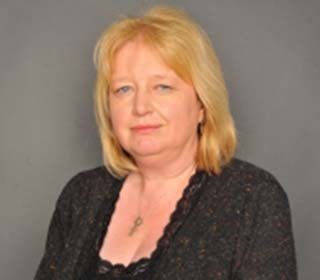 Jan was previously a primary head teacher in the South West and she now leads a teaching team at Marjon who together draw on decades of classroom experience and wide-ranging research specialisms to deliver Education courses.

Sue teaches primarily in Education Studies but has a multidisciplinary understanding with experience of teaching Development Studies and Geography here. She is working on research projects both nationally and internationally.

Book a Virtual Open Day to find out more about this course.