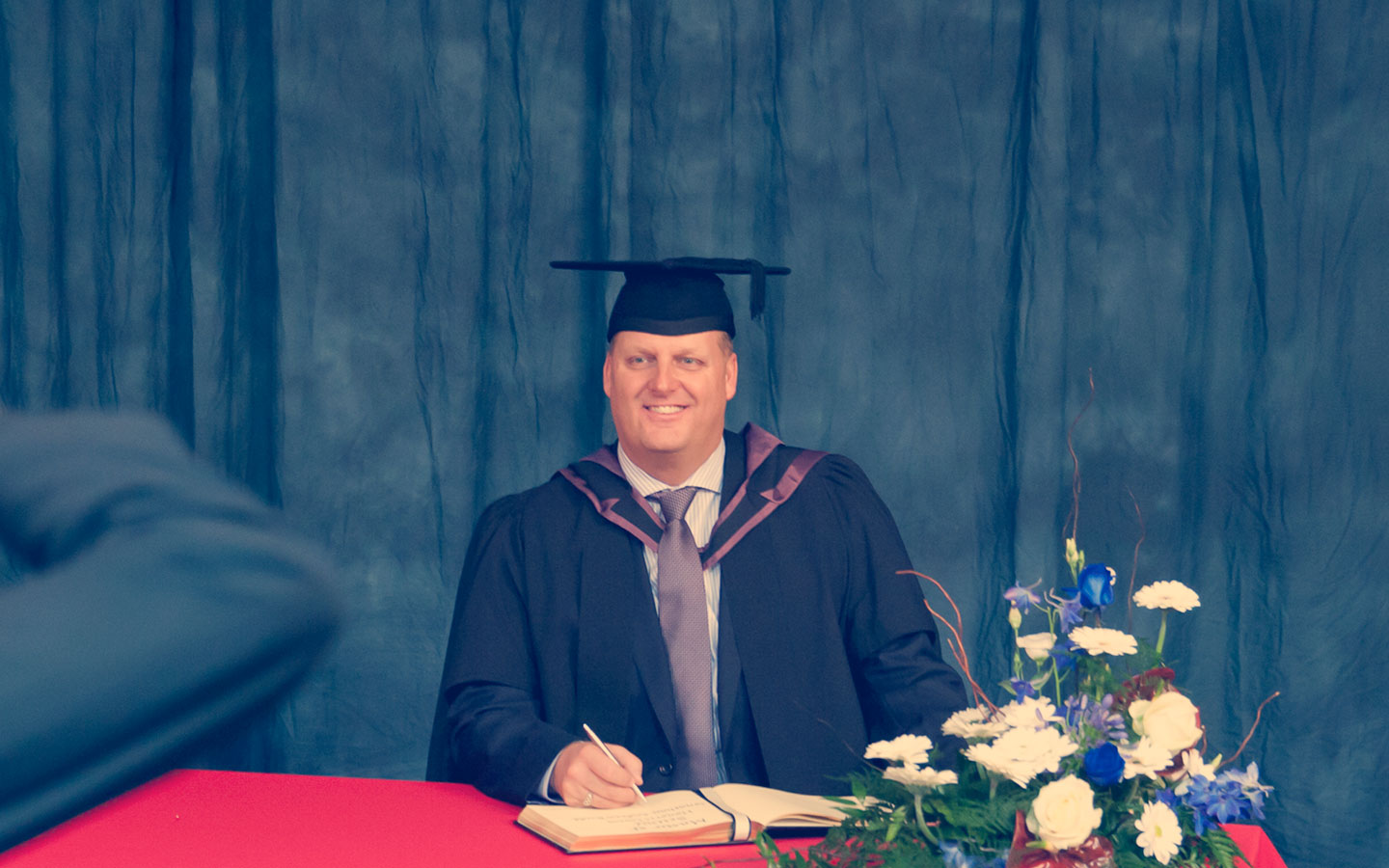 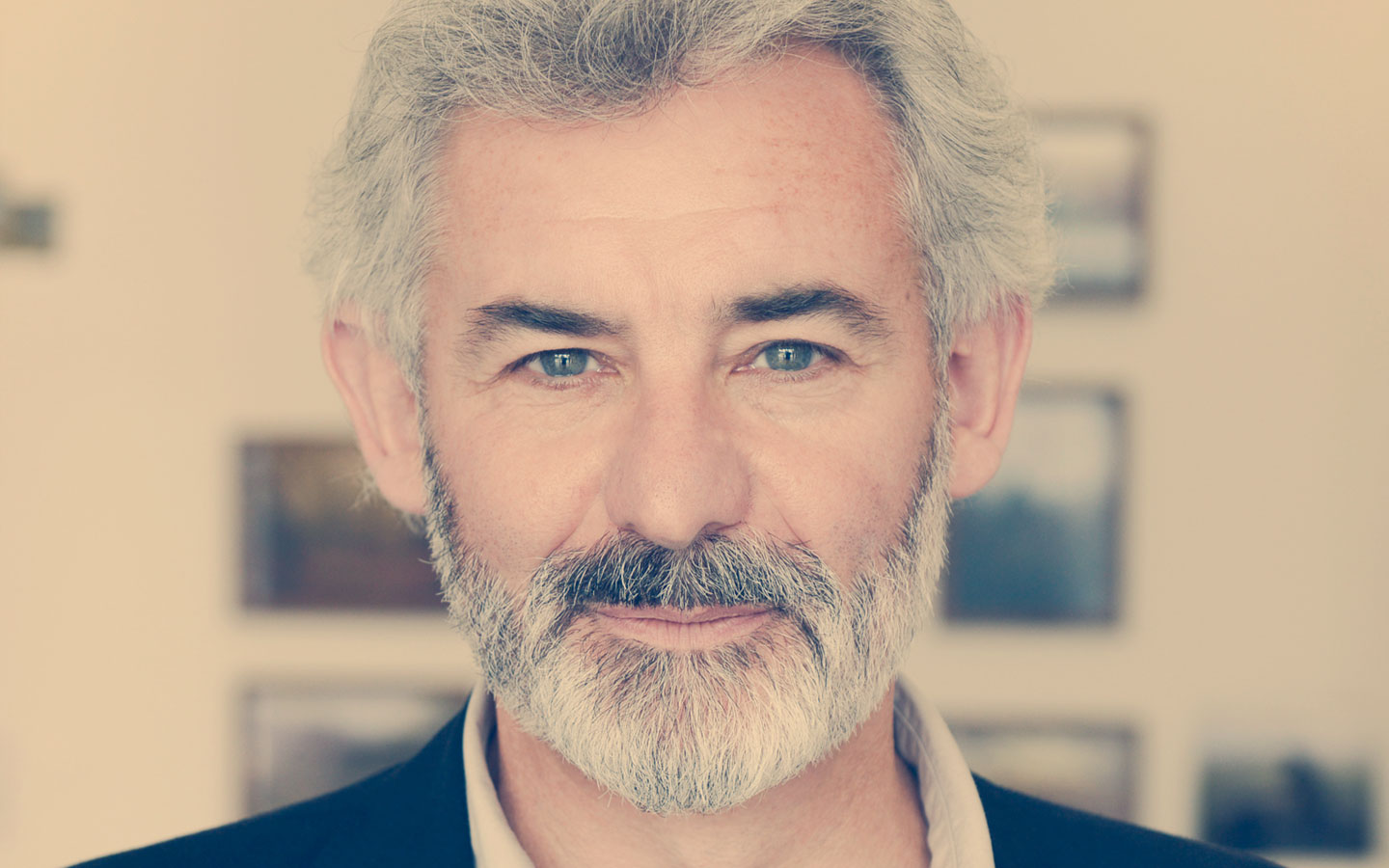 Professor Andrew Brewerton graduated with an English degree from Cambridge University. Working at the University of Wolverhampton from 1994-2004 as a Professor and latterly as Dean of Art and Design, he moved to Dartington College of Arts in 2004 as Principal.

Professor Brewerton worked for a decade in glass crystal manufacturing and design, and was responsible for award-winning collections which are now included in the permanent collection of the Victoria and Albert Museum, London.

In 2010 he was appointed Principal and Chief Executive of Plymouth College of Art. He continues to inspire the next generation of young minds. Professor Brewerton is also Chair of Trustees at Plymouth Arts Centre and Trustee and Chair of Governers at the Plymouth School of Creative Arts, leading him to be a celebrated arts educator and writer. Publishing critical writing on Buddhism and glass in China, to numerous essays on glass artists and painters, Professor Brewerton has also published poetry in various languages.

He is an Honorary Professor of Fine Art at Shanghai University and has held a number of academic and public appointments, for example as Chair of the South West Regional Council, national board member of the Arts Council England and a Vice Chair of the Prime Minister’s Advisory Group on Higher Education (PMI2). In 2003 his work with Edinburgh Crystal at the University of Wolverhampton was cited as a case study in the final report of the UK Treasury report, the Lambert Review of Business-University Collaboration.

Internationally Professor Brewerton's work as an educator has included collaborative development programmes in academic glass, at universities in China and South Africa, as well as public art projects in China and the UK. 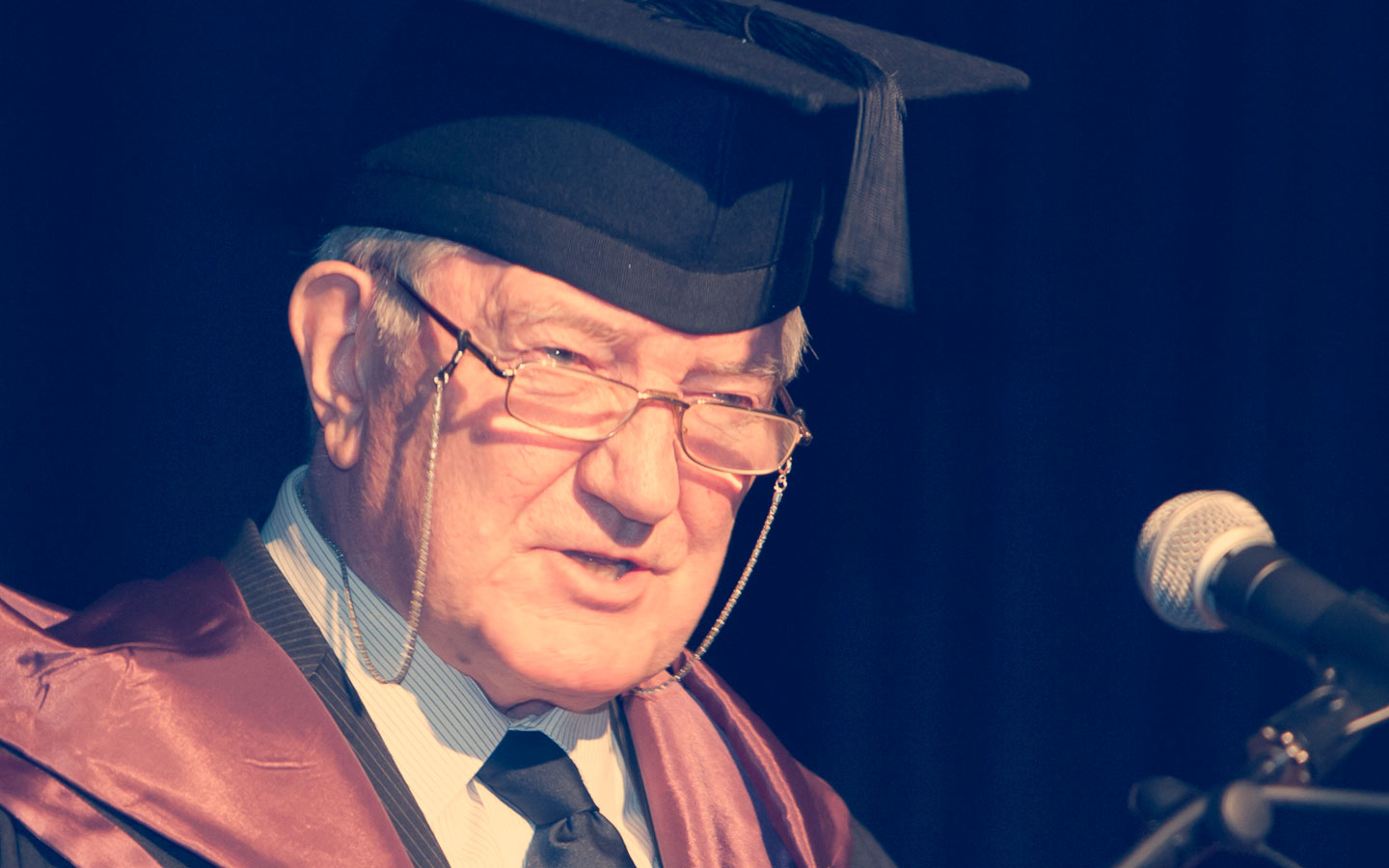 Professor John Murrell trained as a teacher at the College of St Mark and St John in Chelsea, after completing his National Service as a pilot in the Royal Air Force. After qualifying Professor Murrell began teaching Mathematics in a number of secondary schools and studying in the evening to receive his degree in Psychology from Birkbeck College, London. Following this achievement he began to teach Psychology and Research Methods at Homerton College, Cambridge in 1968. In 1974 he became the Director of Postgraduate Studies at the College.

Since the early 1970s Professor Murrell has been involved in the design and teaching of a wide range of training courses for members of the legal, medical and nursing professions, writing numerous publications on teaching and the assessment of professional competence.

In 1992 he was appointed as the George Peabody Professor of Education at Homerton College, Cambridge. Professor Murrell has held a range of advisory and consultancy roles including; educational consultant to the Nightingale School of Nursing of St Thomas's Hospital, training advisor to the General Medical Council for three years, and a decade as Chair of the Nurse Education Committee of Addenbrooke's Hospital. For the Judicial Studies Board Professor Murrell directed courses on the selection, training and appraisal of the magistracy.

In 2004 he was awarded an MBE for services to higher education. In 2010 he was elected to an Emeritus Fellowship of Homerton College, Cambridge University. 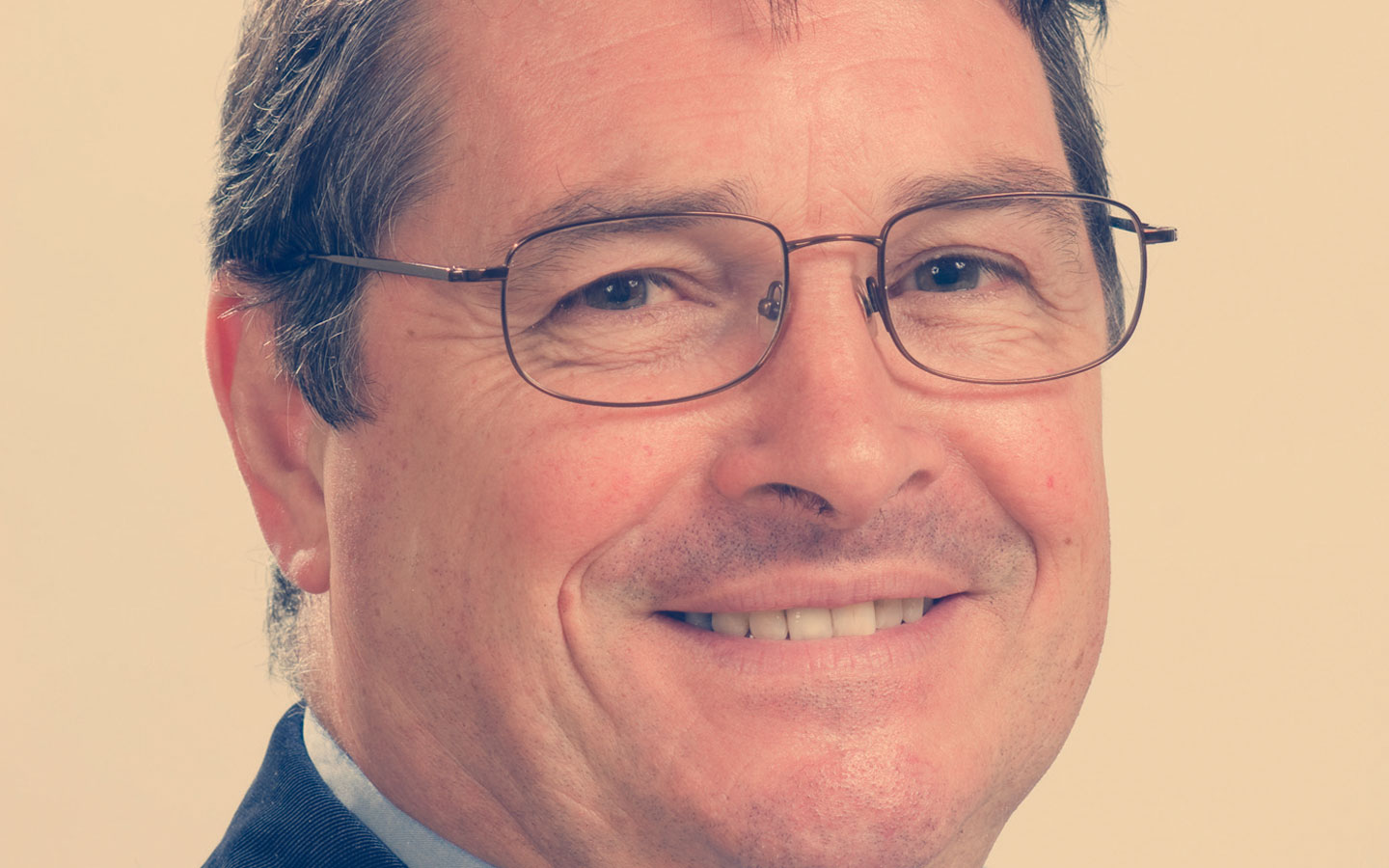 Professor Andrew Pollard gained a PhD in the Sociology of Education from the University of Sheffield and his academic interests are the teaching-learning processes and learner perspectives, as well as the development of evidence-based classroom practice and the impact of national and institutional policies on learning.

From 2002-2009 Professor Pollard was Assistant Director of the ESRC Teaching and Learning Research Programme, the UK’s largest research investment in education, and a programme which made a major impact on teaching and learning. He was also Director of ESCalate, the Education Subject Centre of the UK’s Higher Education Academy, which has had significant impact on teaching and learning in higher education. Professor Pollard has also been a Professor of Primary Education in the University of Cambridge. In 2011 Professor Pollard was a member of a four person panel that advised and challenged the UK Government on a review of the National Curriculum in England.

Professor Pollard has been published extensively in education journals and has written a series of textbooks that have been widely used in educating trainee teachers, both in Primary and Secondary schools. 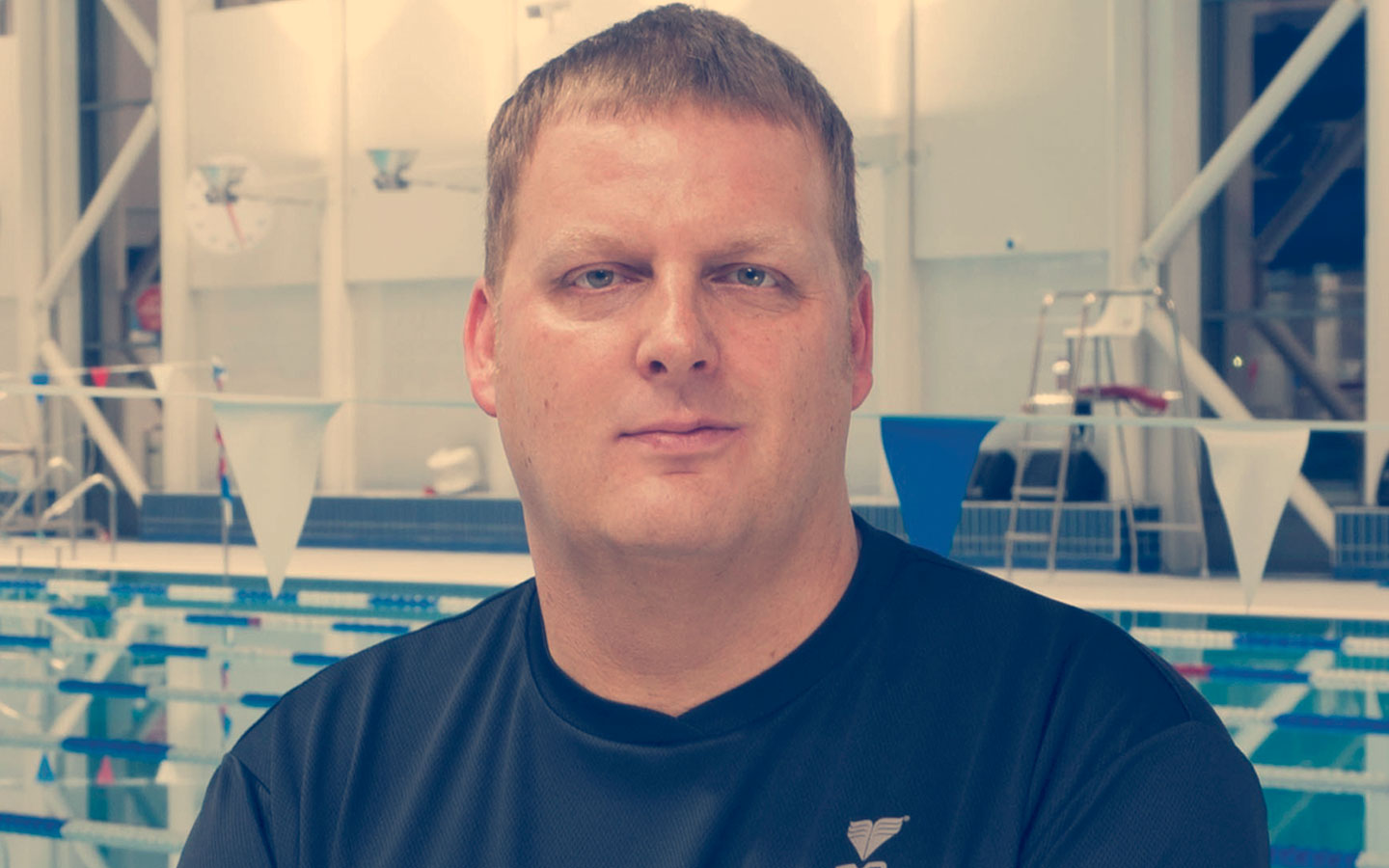 Jon Rudd studied at the University of St Mark & St John prior to becoming the Head Coach of Plymouth Leander Swimming and Director of Swimming at Plymouth College.

Having been Head Coach of the Senior Great Britain team, and having four athletes compete for four different nations at the 2012 London Olympic Games Jon has cemented himself as an internationally renowned, high performance swimming coach. Jon coached Ruta Meilutyte, who won the Gold medal in the 2012 London Olympic Games for 100m Breaststroke. Ruta has gone on to break three world records in 2013 and is continuing to have success under Jon's coaching.

In September 2013 Jon Rudd was named as Coach of the Year at the 50th British Swimming Coaches Association Awards Dinner, marking the second year in a row he received the accolade. Named as England's Head Coach in the 2014 Commonwealth Games in Glasgow Jon helped his athletes gain success and continues his development to take swimmers to the Olympic, World and European levels of success.